A new musical about an eternal story 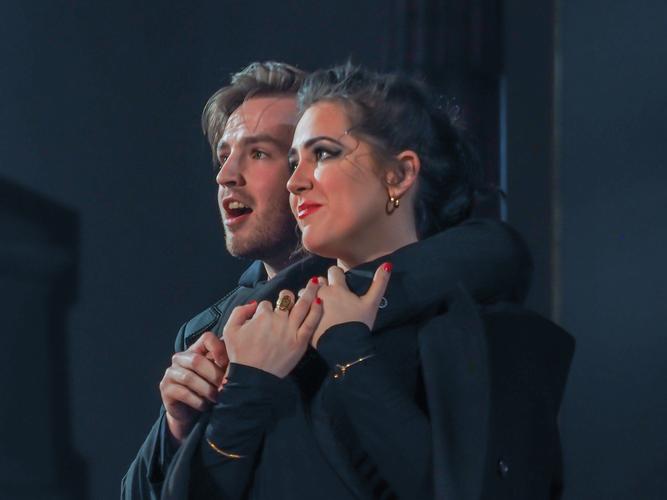 Anthony, believing that Cleopatra was dead, stabbed himself to death. As he lay awaiting death, however, he learned that his love was alive, and he was brought to her – to die in her arms. Cleopatra then chose to join him in death, through the poison of an asp which she provoked into biting her.

Writing a musical about this passionate and consuming love story it is indeed a clever idea. And when an eternal story is told through emotional songs and beautiful lyrics, then one cannot but understand that this workshop has all the potential to become a hit.

Lyndon Samuel has created a moving and poignant score: songs like All the truths, Perfect imperfection, In your eyes I saw the stars, Loving Cleopatra, for example, are intense ballads that go straight to the heart, and so do the beautiful lyrics written by Robert Gould.

An excellent performance from Lily De La Haye as Cleopatra, Rhys Benjamin as Antony, Kit Esuruoso as Cesar, Cassiopeia Berkeley- Agyepong as Calpurnia and a bravo to all the young cast: Gareth Evans as Octavian, Tom Blackmore as Brutus, Harry Downes as Cassius, Ceris Hine as Octavia, Kate Hume as Charmion, Luke Byrne and Dylan Ross as Senators, under the direction of Brendan Matthew.

Cleopatra is a musical in progress, and will need some polishing (especially in some parts like the end, which feels rushed) but with a timeless story and such a superb score, we are sure that the progress will be… the West End.