Shakespeare's tale of passion revenge, music, and laughter at Kew 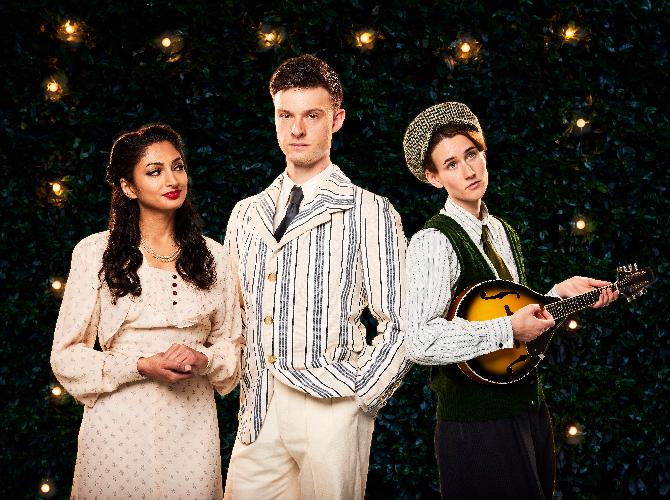 Shakespeare’s Twelfth Night is enjoying a delightful 1930s swinging jazz production outdoors at Theatre on Kew. Twelfth Night is a popular comedy and for good reason, it has almost everything you could want in a classical play: love, loss, longing, disguise, foolishness, celebration, and music…Glorious music. A shipwrecked Viola goes under disguise in order to survive and falls into the service of Duke Orsino. Orsino uses Viola (disguised as Cesario) as a messenger to woo the prickly and uninterested Countess Olivia. Meanwhile, Olivia’s household indulges in drink and schemes and nearly everyone begins to fall in love with the wrong person.

Arrive early to take in the pre-show music which includes rotating classics such as “Let’s fall in Love” and “All of Me” among other hits. The company is strong here, engaging the audience as they wander to and fro stage getting ready for the play. In particular, Jonathan Oldfield on vocals and Steve Watts on trumpet (both actors in the play) display skilful musicality.

This production is well-paced and on press night, enjoyed a wonderful performance by director Peter Hamilton Dyer reading in for Antonio. The staging is strong and one scene flows very easily into another, sometimes ushered in and out with reprising music. Isobel Pellow as Costume Designer has pulled and created exquisite pieces for each of the characters. From Olivia’s sharp suit to Aguecheek’s silly one and a particularly hilarious onesie for Malvolio, each piece is perfectly fitting for the person and the world.

The cast is on fire and specifically Matthew Burns as Orsino commands the stage with vitality, energy, and a neurotic staccato rhythm that breathed fresh life into a character who can often feel quite drab and melancholy. In addition to his astounding performance as Orsino, Burns plays the piano, cello, and drums throughout the piece. Neerja Naik is entirely believable as Olivia and possesses a transparent quality and aptitude for the verse. Megan Louise Wilson as Viola is earnest, clear, simple, and shines most brightly in her scenes opposite Burns. Comfort Fabian has two cameo roles, in addition to Maria, that deserve praise for their comedic excellence.

The production runs Wednesday to Sunday until 29 August 2022.