The hit West End show with a bizarre and cheesy plot 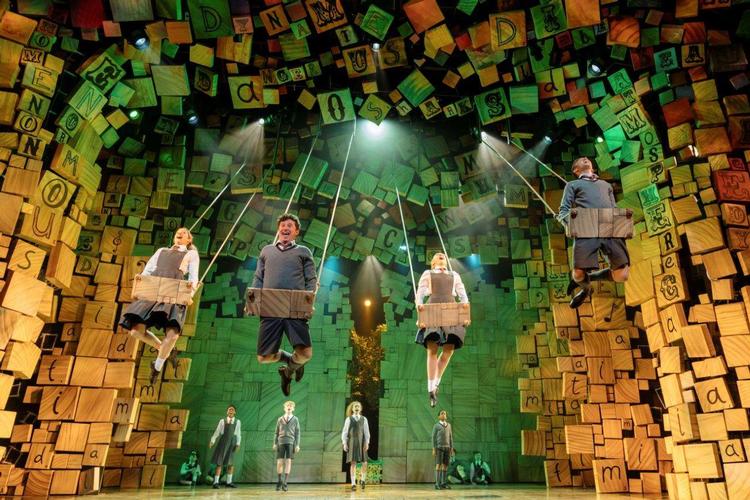 Matilda is the story of a very bright and rebellious little girl, with special powers. Her parents, Mr and Mrs Wormwood (Rob Compton and Marianne Benedict), have no time for her and treat her as a nuisance. Her father even calls her “boy”. She spends most of her time reading books from the library, whilst they watch the telly and Mr Wormwood runs a dodgy business. At school things are no better; despite the care and support of her teacher, the lovely Miss Honey (Gina Beck), Matilda (Francesca McKeown) has to contend with the terrifying headmistress Miss Trunchbull who rules the school with cruelty, instilling fear among pupils

There are some interesting choices about this adaptation: Matilda’s brother shouting five words in the whole show, the Russian Mafia, and the dragged story of the acrobat and escapist, which don’t really add any value to the show.

The beautiful set design and the good choreography can’t save this musical from the main problem: the flatness of the story, too tired for adults and too dark for the children (and probably not so interesting for them either).

Matilda's telekinesis is an afterthought. I haven’t read the book or seen the movie, but the appealing factor from both was Matilda moving objects with her mind - rarely touched in the show, which is a shame because a big point of the story is that she has magical powers.

Hayden Tee steels the show playing Miss Trunchbull, even if his character is not scary (perhaps pathetic). But overall, the acting comes across intentionally (I guess) as very panto - and a very loud one.

Both the lyrics and dialogues are difficult to understand due to the poor sound acoustics, and following the story is made even more difficult by a disjointed plot.

Another problem is that the main character that should get all our sympathy is not likeable: Matilda comes across as a shouting, emotionless and irritating girl.

No doubts about being a hit show: it is the longest running production to play at the Cambridge Theatre and one of the top twenty longest running musicals in the West End, having now welcomed over 3 million audience members in London. It is also on a tour of the UK and Ireland until August.

Matilda has a bizarre, cheesy and weak story-line, and if you are a child or a tourist you might enjoy this musical. If you are not, look for something else in the West End.