The show has opened its long-awaited London season 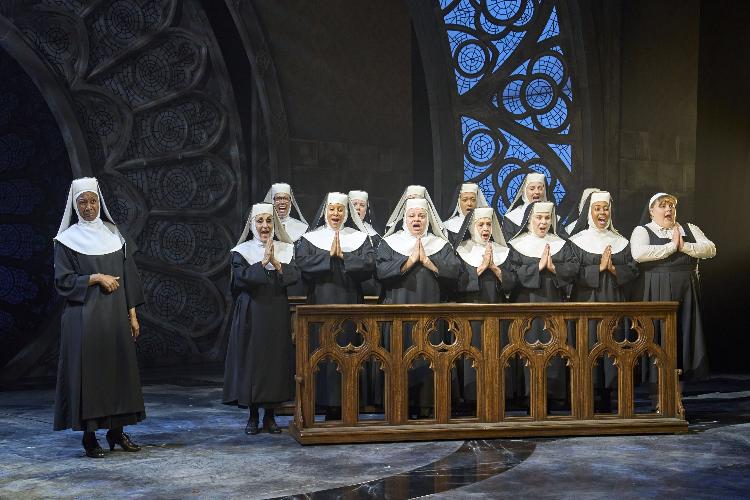 The incredibly anticipated new production of Sister Act has finally opened in London.

Originally set to have Whoopi Goldberg, the show was postponed because of the pandemic. As the American star was not available for the new dates, the wonderful Beverley Knight, who has just finished The Drifters Girl and is considered one of Britain's greatest soul singers, has taken the role for this production.

It’s an all-star cast show, this one. Jennifer Saunders (French and Saunders and Absolutely Fabulous) plays a believable and funny ‘Mother Superior’; Keala Settle (best-known for playing the Bearded Lady in The Greatest Showman and recently the Nurse in “&Juliet” musical) is ‘Sister Mary Patrick’; Lesley Joseph ‘Sister Mary Lazarus’; Clive Rowe is ‘Eddie Souther’ and Lizzie Bea is the innocent ‘Sister Mary Robert’. Her performance of “The life I never led” is really moving.

Based on the hit 1992 movie starring Whoopi Goldberg, one of the most successful comedies of the early 1990s, Sister Act follows club singer Deloris Van Cartier who is put in protective custody at a local convent after witnessing a brutal murder. Finding herself at odds with the uptight Mother Superior, Deloris uses her vocal talent to inspire the choir, helping to breathe new life into the church and community but blowing her cover along the way.

The musical numbers (the music is written by Alan Menken and the songs are different from the ones in the movie) have infectious energy, mixing soul music, disco and gospel. Since the opening number “Take me to heaven”, the fun never stops. There are too many good songs to choose from, but particular praises must be given to I Could Be That Guy (beautifully sung by Clive Rowe), the gospel Raise Your Voice, the funny Lady in the Long Black Dress and Mother Superior’s emotional solo Haven’t Got a Prayer.

The set has been designed by Morgan Large with remarkable attention to every detail.  All the changes made by director Bill Buckhurst work well in this production.

It is an uplifting show that doesn’t disappoint. Welcome back to London, Sister Act!

It runs until 28 August.