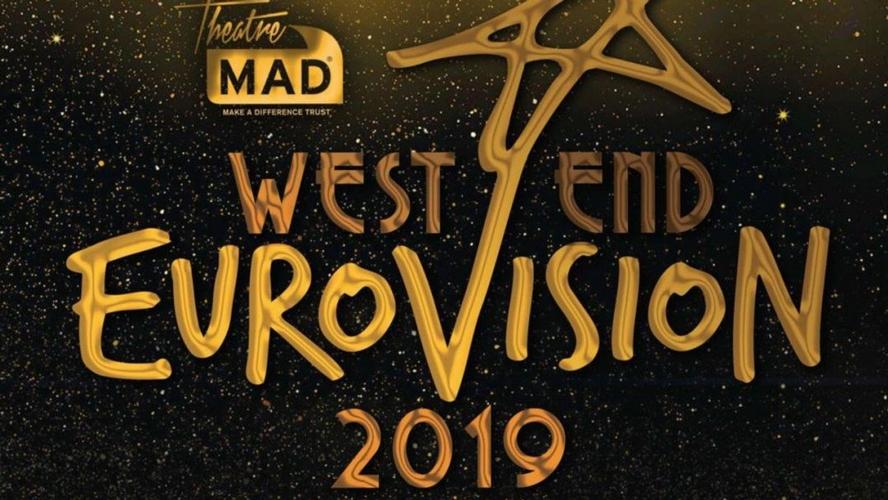 West End Eurovision is one of the core fundraising events produced by TheatreMAD and sees West End Shows/Theatres competing against each other singing an original Eurovision Song Contest song to win the votes of the audience, a panel of celebrity judges and judges from each competing entry, to be crowned West End Eurovision Champions. It is a night where the theatre community comes together to help a good cause. The Trust works with its partners to support those living with or affected by HIV and AIDS both in the UK and Sub-Saharan Africa.

West End Eurovision is a show that doesn't take itself too seriously and maybe this is also the reason why it is so much fun.

All the numbers were great, and it is easy to see how much work goes into each performance: choreography, lights, design, singing: a very high-quality show (and it is amazing to think how hard all the actors work for this show, even if they have already eight shows per week to perform).

The winner of this year was the Phantom of the Opera. They sang beautifully “Grande amore” by Il Volo. Il Volo is an Italian trio who mixes pop and opera into their songs. They are the most popular Italian group worldwide: their success goes from America to Asia; they performed at the London Palladium and at the Royal Albert Hall. If you don’t know who they are, open Spotify and listen to them, because you don’t know what you are missing. So, with such a beautiful song, amazing voices, and a spectacular choreography, it was not so difficult for the Phantom of the Opera to win the competition for the second year.

The Phantom of the Opera was also awarded the new Outstanding Gorgeousness prize, judged by award winning Set and Costume Designer Fly Davies and Jamie Campbell, whose story inspired ‘Everybody’s Talking About Jamie’.

The third trophy of the night, the Best Ident, voted for by public text vote, was won by Everyone’s Talking About Jamie.

The final result was:

It is so important that the London Theatre Community gathers together for nights like this one. They remind to everyone how theatre can really change not just the life of the people who live in London and who are lucky enough to see the shows that this city offers, but also the life of the ones who live far away, in difficult conditions. So, bravo to the performers, the fantastic band, but bravo also to the production team and the audience.