“When real life is wanting one must create an illusion. It is better than nothing” 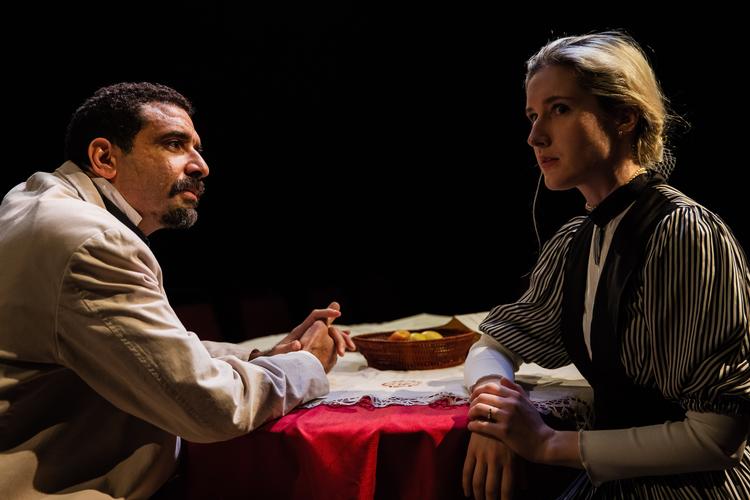 Arguably one of Chekhov's most famous and loved texts, ‘Uncle Vanya’ is a challenging play. The challenge falls in creating a performance that seems fresh and not dated after so many successful adaptations over the years. Performed at the very intimate Hope Theatre, Tales Retold decided to tackle Brendan Murray's reduced adaptation.

The use of the minimal performance space was impressive, though there were points when large sections of the audience would have a 'restricted view’ due to shielding of the action by other actors.

Playing the titular role was Adrian Wheeler. His characterisation of Vanya was well executed, which allowed the audience to both sympathise and pity him.
Cassandra Hodges stood out in the role of Sonya. Bringing a realistic and believable performance from the moment she entered the performance space, even when purely setting the table for the next scene.
As Yelena, Esme Mahoney also created a mostly believable character, and fits the role very well, acting well throughout.

At several points of the evening, the pace of the dialogue dropped. Not to say that a performance of this style should be full of action, but with the lack of pace, many of the conversations seemed unrealistic and forced, taking away from the authentic style of the show.

Ultimately, this abridged performance was very good, with some good comedy to go alongside the tragedy. However, with a small injection of pace, picking up on cues and addressing the sightline issues of masking, this show could have been a force to be reckoned with.

It runs until 11 May