Fancy some Shakespeare with a live jazz band? 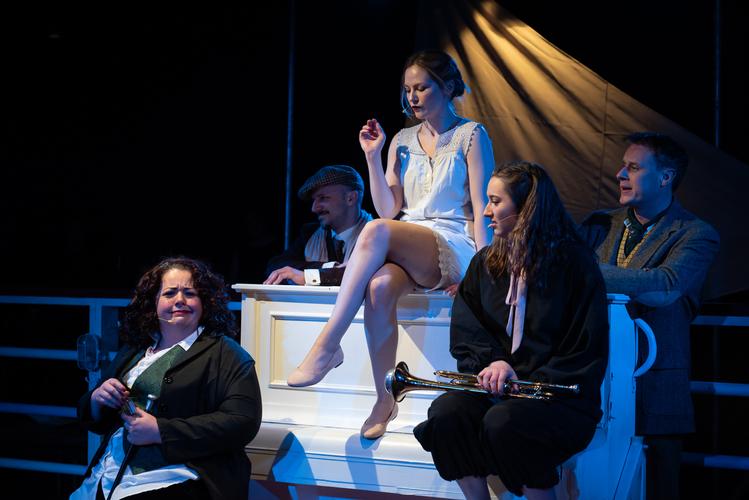 Over the years, there have been many different adaptations and re-tellings of Shakespeare’s plays. OVO's musical rendition of one of Shakespeare's most famous comedies offers up a tongue in cheek chamber piece with a 1920s twist. Set primarily on the deck of the SS Illyria, the simplicity of the staging was effective and maximised the atmospheric space.

The company captured the hedonistic, glamorous and decadent decade with gleeful aplomb drawing the audience in with their energy and commitment. An interesting and clever concept was that the band was the cast and vice versa to deliver the modern jukebox numbers in a jazz style.

Credit must be awarded to Hannah Francis-Baker as Feste, the master of ceremonies, and Faith Turner as Malvolia, Olivia's personal assistant. Hannah's quadruple threat performance gave not only flawless singing, movement, and comic timing but also dazzled with her ability to turn her hand to seemingly any instrument! Faith gave a distinctly different performance as the sour and self-important assistant who was the butt of a cruel prank genuinely capturing the audience's sympathies. This gave the play a genuinely touching moment which is not often seen and slightly incongruous with the rest of the piece.

he slapstick letter scene was cleverly staged with real laugh out loud moments provided by all on stage, especially by James Douglas as the put-upon Sir Andrew Aguecheek.

A good fun evening which would have benefited at times from tighter pacing and a better balance of sound during some of the upbeat musical numbers.

It runs until 5 May