There is a dead body in Hampstead Heat.. 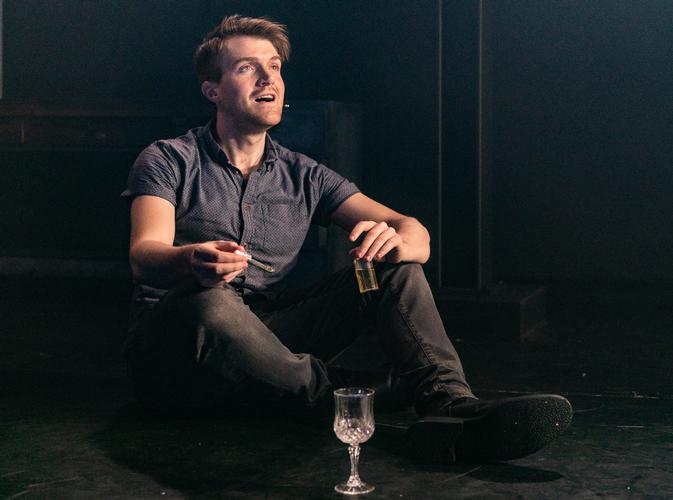 Anthony tells his story addressing the audience: he is a curator at the British Library, and spends his free time in wild chemsex sessions with other men -young men – in London. One day, George, a young guy Antony is dating, is found dead of an overdose on Hampstead Heath. But the ghost of the young partner keeps hunting Anthony, asking him to investigate on his death: he has been murdered. Or is everything just in Anthony’s head?

The idea behind Tumulus, written by Christopher Adams and directed by Matt Steinberg is really interesting: exploring chemsex and exploitation and how they can wreck lives through a thriller, inspired by a true story.

The set is very simple: we are primarily making a journey inside Anthony’s mind, after all.

Even if it would be nice to explore some characters more in depth and develop the  thriller aspect of the play further (the story is quite simple and the climax not enough gripping), Tumulus is a novel approach to a contemporary problem, with a fresh, dark and well directed story that doesn’t take itself too seriously.

It runs until 4 May