All you need is love - Review - Cadogan Hall 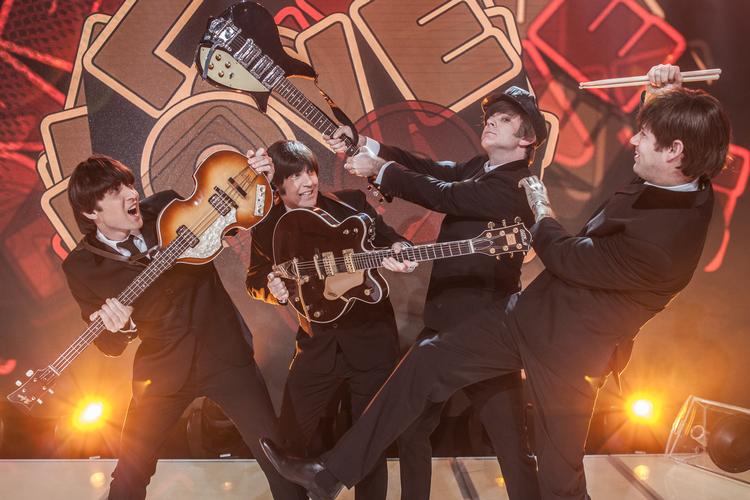 The Beatles and their music spark emotion in everyone.  All you need is love is a beautiful tribute to a legendary band, their music, and career.

One of the main focusses of this concert-style show is to bring together all the music that was recorded at Abbey Road Studios, the recording studio The Beatles used throughout the majority of their career. It has since become widely associated with the band and is now one of the most famous places to record music. It has seen some of the world’s greatest talent walk its corridors over the past six decades.

The show itself takes you on a worldwide journey through the ’60s and early ’70s, reminding us of the classics and the more underrated and less remembered songs, of which we were all encouraged to join in with.

The National Philharmonic Orchestra, conducted by Martin Herman, contains some of the most talented musicians in the country and their addition to the show brings another dimension.

Emanuele Angeletti (Paul McCartney), John Brosnan (George Harrison), Paul Canning (John Lennon) and Luke Roberts (Ringo Starr) are the four who make up The Beatles themselves. They not only dress like the band but look and sound like them too. It is more than a ‘tribute’; it’s like having the real Fab Four in the room with you. Their talent is endless and as four original cast members of West End, Broadway and International touring production of Let It Be (the jukebox musical based on the songs of The Beatles) it’s not hard to see why audiences flock to see them in concert.

It’s a sight to see a room full of people, of all ages, standing, dancing and singing along to some of the world’s most famous music. On top of the audience, it’s refreshing to see members of a classically trained orchestra looking as though they’re having the time of their lives. This music brings people back to a place of joy and it’s clear to see.

This show spreads its message of peace and love and is continuing its tour around the country, with more dates to be announced. I absolutely recommend taking the time to see it.