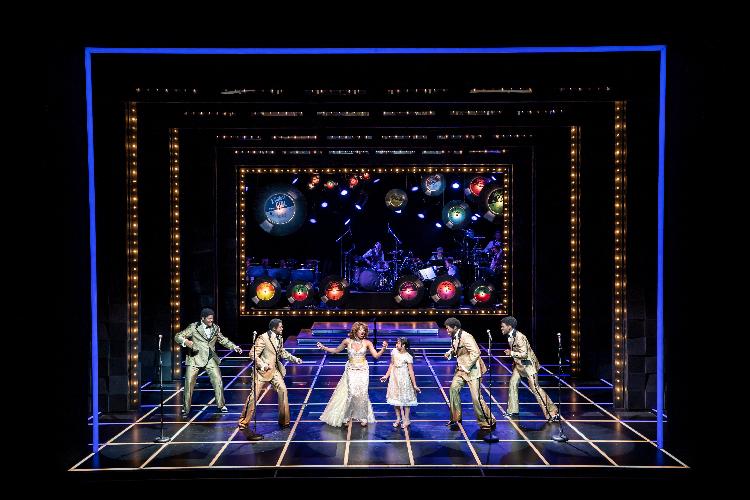 The Drifters are an American R&B vocal group that produced a series of chart-topping hits from the early 1950s to the mid-1960s. The group was inducted into the Rock and Roll Hall of Fame in 1988.

She stars as Faye Treadwell, the manager of the group, who, fighting a racist society alongside her husband, turned Atlantic Records' hottest vocal group into a global phenomenon.

One of the problems with Faye Treadwell and The Drifters is that the turnover of the band was incredible; there have been 60 vocalists in the history of the group over the decades: the Drifters were the least stable of the great vocal groups. Yes, she was a black manager in a world dominated by black men, but according to Rolling Stone magazine, the Drifters were low-paid musicians and that’s exactly the reason why they were changing all the time. This makes also difficult to follow the timeline of the story.

Due to disputes over the rights to the name, today there are several groups who perform under the name, "The Drifters."

Still, the show, directed by Jonathan Church, is an extremely enjoyable jukebox musical, and it is a fun night out. All the cracking songs like "Kissin' in the Back Row of the Movies", “Stand by me” (Felicia’s rendition of the song closes Act 1, and it is simply incredible), "Under the Boardwalk" and "Come On Over to My Place" are all there. The cast work their socks off: Adam J Bernard, Tarinn Callender, Matt Henry and Tosh Wanogho-Maud play with charisma and versatility multiple roles. They sing, act, dance and constantly change their dresses, beautifully designed by Fay Fullerton - for two hours: a real tour de force. And when Felicia sings, it is pure electricity.

The Drifters girl is a must-see, entertaining show for any Drifters’ fans and for anyone who likes good music and flawless performances.