August Strindberg’s drama about a marriage pushed to its limits 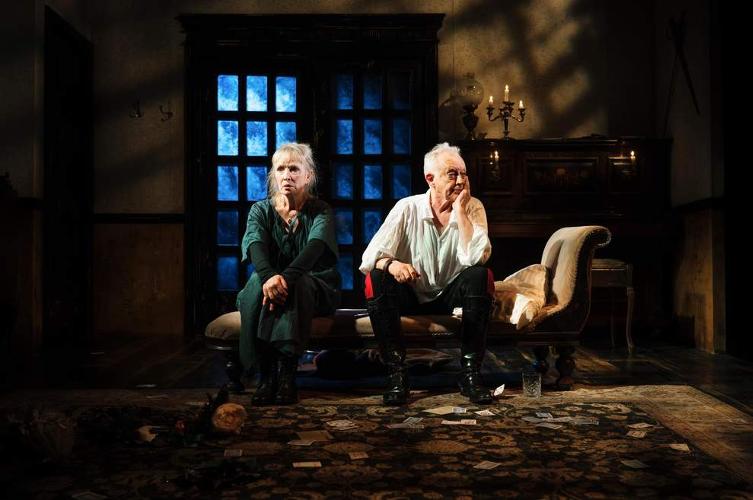 This adaptation of Strindberg’s classic by British playwright Rebecca Lenkiewicz is a 90-minute black comedy that immediately brings to mind Edward Albee’s Who’s Afraid of Virginia Woolf. Full of contempt, bitterness, and battle, the production may seem simple on the surface but in the hands of its fine lead actors, sizzles with depth and subtext.

As a married couple full of hatred for one another, Lindsay Duncan and Hilton McRae don’t miss a single beat. Every look of theirs communicates depth and history and though much is played on the text, there is even more in their gestures, glances, and glares.

The hour and a half flies by and the pacing, though quick, leaves ample space for haunting pauses and melodrama. While I appreciate the update to the text, littered with contemporary curse words and a gender-bent third character, the play does still feel dated and distant.

Moody, atmospheric lighting design by David Howe helps distinguish between dream sequence and reality well. Mehmet Ergon’s direction is steadfast and the stage pictures are well balanced, allowing the intimate thrust space to be an advantage for audience goers. While the play ultimately feels like it is, indeed, dancing around its subject, these performances are well worth the affordable price of admission.

"As their 30th wedding anniversary approaches, Alice and Edgar are locked in a bitter struggle. They’ve driven away their children and their friends. Their relationship is sustained by taunts and recriminations. When a newcomer breaks into the midst of the fray, their insular lives threaten to spin out of control".