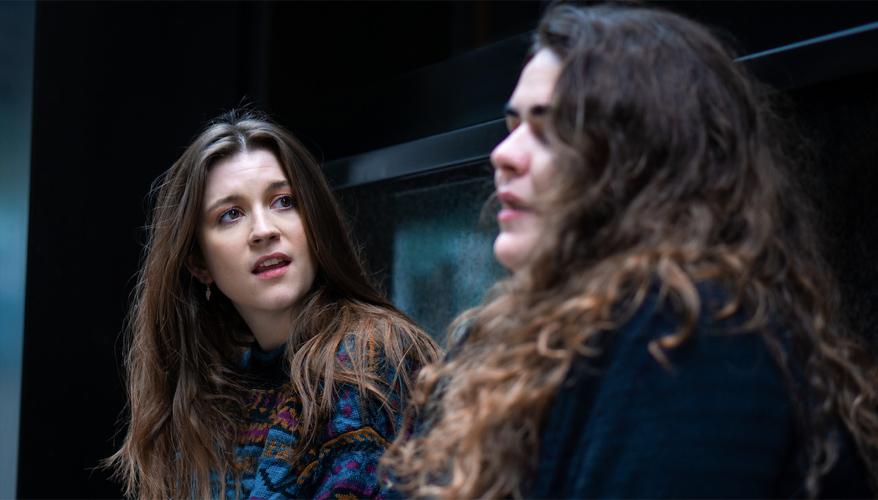 'I'm just a little bit OCD' is a phrase you've probably heard before, and are likely to hear again, most commonly by people who are wholly unaware of what the term actually means. Adopting this as the title, Ria Fay has created a play that reflects on the truths and myths of living with OCD by tackling them in a meaningful and captivating way.

Podcaster and activist, Matilda, has her first live show, discussing her experience with OCD on a personal level, often using humour, yet remaining frank and educational on the topic. Catarina Thane is very convincing in this role- her natural persona flows through as she proves to be a fantastic speaker. She ensures to engage the audience using a variety of different techniques: from a fun little questionnaire with amusing prizes to be won, to funny memes of misconception, and producing a not-so-tuneful audience choir to emulate the thought patterns behind OCD. This direct conversation with the room encourages thought, and provides a gratifying contrast to the scenes constructed and woven around this.

Tilly (played by Sarah Eakin) is desperately trying to hold onto her identity while being shrouded with guilt and anxiety about thoughts she has started to have. With them telling her she's a danger to those she loves and cares for most, her sister Grace  (Jasmine Hodgson), who has just returned from University, is determined to find out why. However, the piece doesn't shy away from the misunderstanding, as Grace doesn't immediately acknowledge the problem at hand. In addition, raw distress is depicted to accurately show that side to OCD, which is evermore effective with several cast members having it themselves- including Ria Fay, writer and director, who has the part of the therapist, and demonstrates this insight throughout the script. All three additionally depict their parts with accuracy, and the show links together in a satisfying way.

Despite a false start, and staging that, on a bigger budget, could be improved to enhance fluidity and imagery of the piece, I'm Just a Little Bit OCD provides an informative and well-rounded perspective on the subject. For something that affects one in 50 people in the UK- possibly even more- it is relevant to all to be exposed to a show like this, and get to enjoy it too.