The Convert - Review - Above the Stag

The show returns for a full production 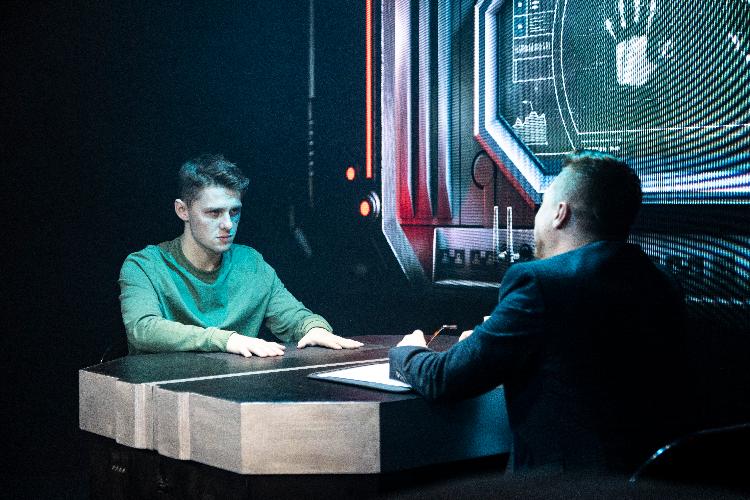 Nestled at Above the Stag (the UK's only full-time LBGTQ Plus theatre) is the quite chilling and disturbing but wholly worthy reminder of the past and current treatment of homosexuals; the former by the NHS and the current by Independent Organisations.

Alix has been imprisoned, reported by his own family, with the purpose of Conversion Therapy (where practices are sought to enable, in its simplest explanation, to persuade members of the LGBTQ+ community to lead a life which is considered 'normal').

His treatment is being controlled by The Arbiter who is cool, calm and collected but at times seems devoid of emotion unless it suits his narrative - if he likes the answer to a question, he will continue with his interrogation. If he doesn't, Alix is asked the same question, in a different way.

This is a complex three-hander, Alix, The Arbiter and Alix's room (or rather, cell) mate, Marcus and it's in these points that the gritty realisation that this isn't a falsity from the depths of a horror story, it is a reality. Food for thought in abundance.

Ultimately The Convert is about Love, in all its forms and in its truest essence and Ben Kavanagh's superb writing allows this to weave its way throughout the play.

It runs until 3 July.