All Balls & Glitter at the New Wimbledon Theatre 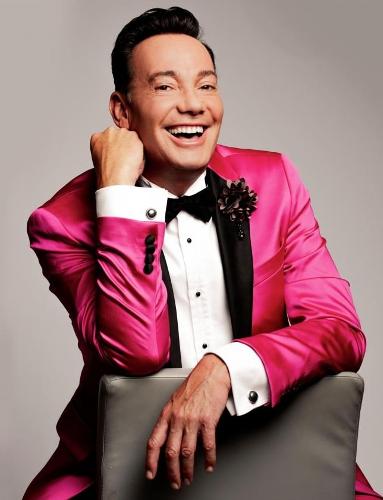 From the get-go, taking my seats in the theatre, I knew that there were definitely no empty tables or chairs at this gig. Revel-Horwood has the reputation of being brusque, brutal with a skin thicker than a herd of a rhino.  However this intimate tour highlights a very different side of Craig and it was joyous to behold.  Full of the familiar glitz and glamour you would associate with him, the first half was presented by his alter-ego drag, Lavish and let me tell you, I would be very grateful for one-to-one in terms of a makeup tutorial - it was ON POINT! Makeup aside, Lavish indulged us in hits from musicals ranging from Miss Hannigan (a role he did undertake), to a song from Les Mis (a role he hasn’t). HRH CRH showed his vocal range at ease with further songs from Sister Act, Chess, Miss Saigon (big tears) and La Cage Follies all whilst wearing knee high killer heel boots!

The second half allowed the audience (which contained Strictly Come Dancing friend and fellow former Judge, Bruno) and to ask questions (some pre-prepared and some more organic), and interact. There was much discussion about Strictly. From all things dance to how he never nearly decided to turn down the prime Saturday night slot and thank goodness, for us, that he didn’t. Interspersed with the glitz and glamour there were more thought-provoking moments; how his father’s crippling alcoholic addiction had a profound effect on Craig and the knock-on effect on his life changes. With this new knowledge, it's easier to understand why there is an aura of truly not giving a fudge about how people think of him. He has developed the persona in order to protect himself a little from negativity.

Craig Revel-Horwood has an abundance of talent and a voice that is stellar. I am glad I was able to see him in all his very well deserved, glory.  I came away with songs ringing in my ears and a newfound respect for the man who puts a lavish heart into all that he does.