“The woods would be very silent if no birds sang except those that sang best.” 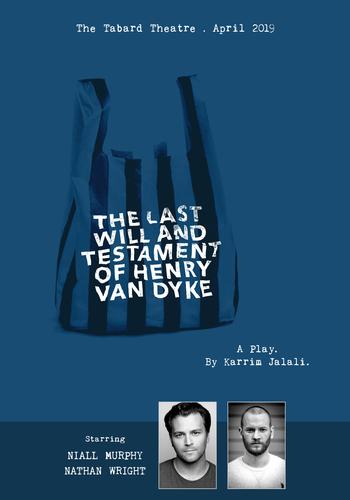 Person 1 (Nathan Wright) is a writer (so far without success) and Person 2 (Niall Murphy) is a musician (again, without success). They just sit at home chatting, and when they go to the supermarket to buy some food, Person 1 has an epiphany: why not writing a play about writing a play? Showing just two friends talking about anecdotes on the sofa?

Person 2 is sceptical about the idea. Not just he thinks that Person 1 is not enough prepared to write a play, but he also thinks that people will not be interested in a show about two friends talking about nothing.

The play – as we see it – works well. The two friends have good chemistry, even if they are very different: Person 1 is tirelessly optimistic while Person 2 is more rational and realistic.

The point that Person 2 is trying to make is that the audience needs “something” to go to the theatre to see the play: two friends talking on the sofa and going to buy food is not enough material. And this is probably the case of The Last Will and Testament of Henry Van Dyke. The concept of the play is not particularly original. There are many shows originated from the same idea.

So, if we take away the (not really innovative) idea, what is left on this play?

For sure, funny and entertaining dialogues, some deep reflections about life (who is braver: who keeps following his dreams or who gives up because realizes that he is not good enough?).

But the question, in the end, is the same one that Person 2 raises multiple times: will all this be enough to bring the people to the theatre to see this play?