It's automatic, it’s systematic, it’s back on London’s West End-omatic! 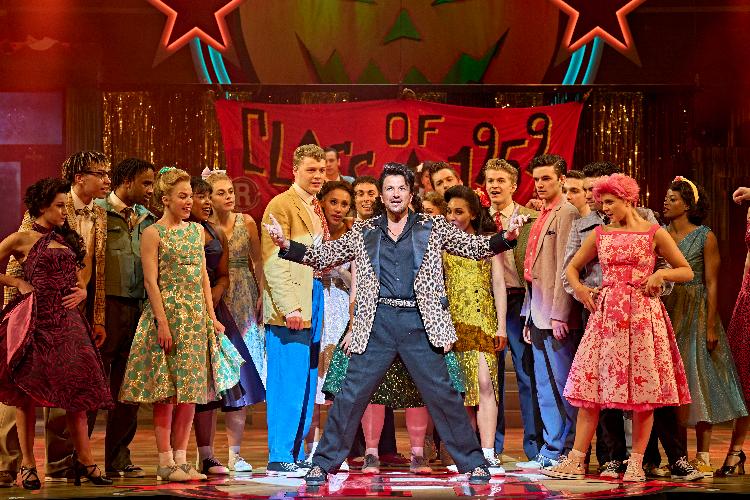 After cruising across the country, The Leicester Curve production has finally set up shop in London but before we dive into the details of the West End’s newest production we can’t ignore the obvious. The source material for Grease is odd, full of plot holes and frankly, does not make a whole lot of sense. Sandy and Danny’s romance is truncated,  Rizzo’s suspected pregnancy is shoe-horned in and then inadequately resolved and the conclusion of the musical is as smooth and delicate as a high-speed train making an emergency stop. Now, with all that covered and checked off, we can focus on the production itself and holy moly what a show this is.

Off the bat, we have some truly outstanding choreography from Arlene Phillips, made to look effortless by the incredible cast. Her work is vibrant, new and thrilling yet remains true to previous iterations of this classic musical. There is no doubt that if we could harness the energy from the sensational talent it would be possible to power London for weeks and weeks. Alongside this is Nikolai Foster’s marvellous direction. Foster has worked wonders, ensuring that both die-hard Grease fans and casual theatregoers will experience an incredible evening out. The Dominion is a scarily big theatre with a scarily big stage to fill, yet Foster’s production utilises it all. Partially thanks to having a large cast, the entire space is explored and the pace of the show rarely falters - the two and a  half hour runtime flies by.

The music is, of course, the heart of this show and the score of this production does not disappoint. Sarah Travis and Dan Glover have ensured that the ever-popular numbers are sounding their absolute best. The music is loud, energising and exhilarating. Olivia Moore as Sandy delivers the stand-out musical performance of the evening with her rendition of Hopelessly Devoted to You. The voice that woman possesses is astounding. To give a  performance of that magnitude on such a huge stage in such a well-known show deserves a standing ovation all on its own. She does her absolute best to breathe life and depth into Sandy between songs but sadly the script makes this incredibly difficult as seemingly all of Sandy’s character growth happens off stage.

Opposite Moore, and like much of the cast, fresh off the touring production of this show,  is Dan Partridge as the infamous Danny Zuko. Partridge delivers incredible vocals and displays serious dancing ability, most notably in Hand Jive. His Danny Zuko exudes confidence and swagger with moments of complexity peeking through but is equally hampered by the jarring script outside of musical numbers. The Pink Ladies and Burger  Palace Boys are all excellently cast. Jocasta Almgill is fantastic as Rizzo and Paul French makes for a convincing Kenickie. Mary Moore (Jan) and Noah Harrison (Roger) perform a  more understated and adorable highlight with their duet, Mooning and Eloise Davies also delivers a likeable and assured performance as Frenchy.

If this review was to truly do this cast justice, I would need to rapidly expand my vocabulary, particularly when it comes to synonyms for sensational and outstanding.  Each member of the ensemble gives it everything and with Phillip’s choreography and the classic songs, each has their moment to shine. And of course, we cannot move on without mentioning Peter Andre as radio host Vince Fontaine and Teen Angel (at certain performances). Andre is well cast and well suited as Fontaine with his animated and charismatic performance feeling so natural, particularly in his musical numbers. As Teen

Angel, he forms part of the most fabulous version of Beauty School Dropout to have ever graced a London stage - the pink fireworks were a perfect touch. It is easy to say that he is purely there to boost ticket sales, but I challenge anyone to see his performance and not agree that he is worthy of his place on that stage. 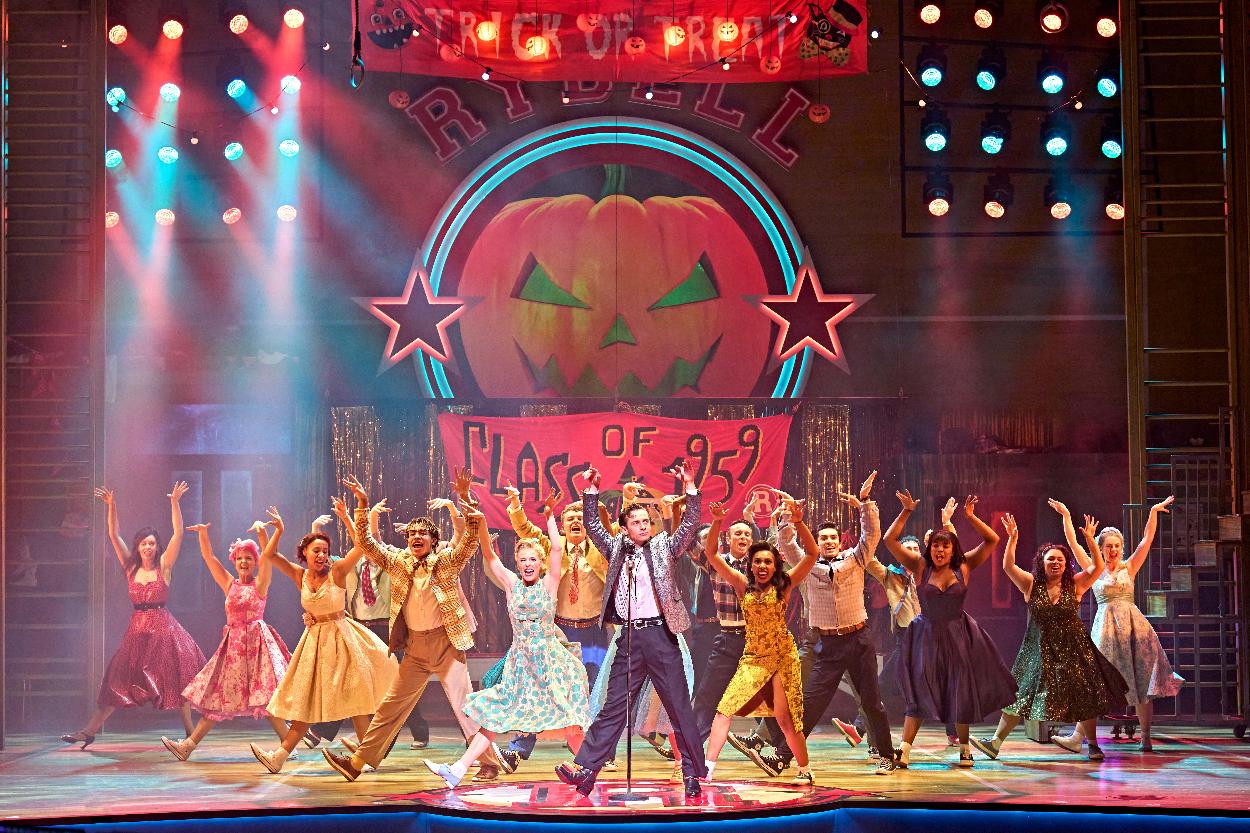 The massive stage of the Dominion Theatre is dressed to look like a typical high school gymnasium, complete with ropes, pommel horse and climbing apparatus and is utilised to great effect. Colin Richmond's design ensures that the space is versatile but grounded in the world of American high school and he also delivers vibrant costume design featuring the notorious leather jackets. Then when it comes to lighting, Ben Cracknell is nothing short of genius. His design is precise, dynamic and effervescent when drawing our eyes across the stage. It perfectly compliments the exhilarating dances and is magical when holding our gaze in more moving moments. Accompanying this is some slick projection design from Douglas O’Connell that enhances and extends the real-world capabilities of the set.

If we can get past the oddities that encompass the Grease script, this is an absolute must-see. This show sets out to be a joyous, energetic and exciting few hours with weighty production value and it delivers on all fronts and more. What more can you ask for? So hand jive your way over to the Dominion and marvel at the talent on show. What are you dip da-dip doo-wop waiting for?

It runs until 29 October.