The play returns to the London stage 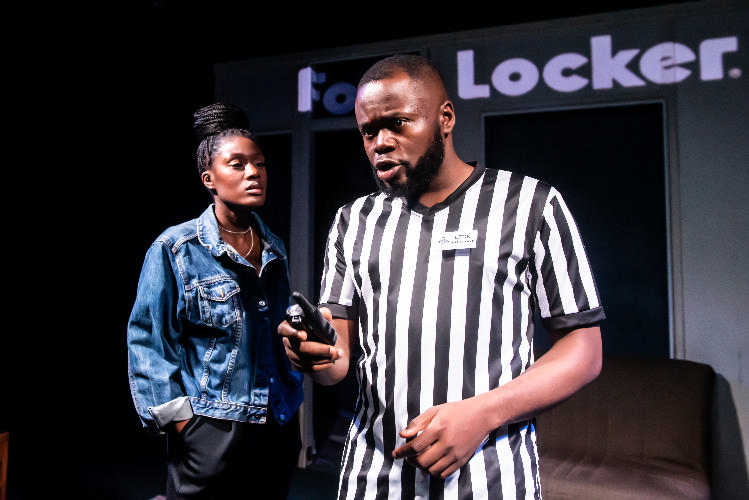 The play shines a light on queerness within London’s Caribbean Community. Everything is this play feels genuine and current, especially if you are familiar with the West Indian community in London; you believe in the characters and their struggles since the beginning. Michael Fatogan gives a very powerful and yet down-to-earth performance as Daniel, a young man whose life, already quite tumultuous, is shaken to its foundation by something as small and simple as a kiss. He will take you on a journey of self-doubt and self-discovery delivered in a very contemporary script that reflects truly the slang and ways of young people, including some rap and sick dance moves. It will make you feel that you are assisting to a daily life scene, and forget that they are acting.

Drawn from experiences close to home, Flanders’ portrait of tormented masculinity and homosexuality is a detailed exploration into the cultural clash between upbringing and identity. Daniel's mother, Patricia (Doreene Blackstock) perfectly portrays a West Indian mother rooted in her cultural and religious beliefs, who struggles to understand her son's intimate conflicts. The play is very well acted, with brilliant performances under the direction of James Hillier. Tosin Alabi (Daniel's sister) and Nemide May (Daniel's girlfriend) are credible, strong and passionate women who will have to marry societal expectations with their modern views. Anyebe Godwin is fantastic as Leon, Daniel's friend, and he is possibly the more controversial character who comes out as somewhat defeated by his fear, compromise and inconsistency.

We thoroughly enjoyed this play as it's genuine and current, and addresses very delicate themes with courage and honesty.