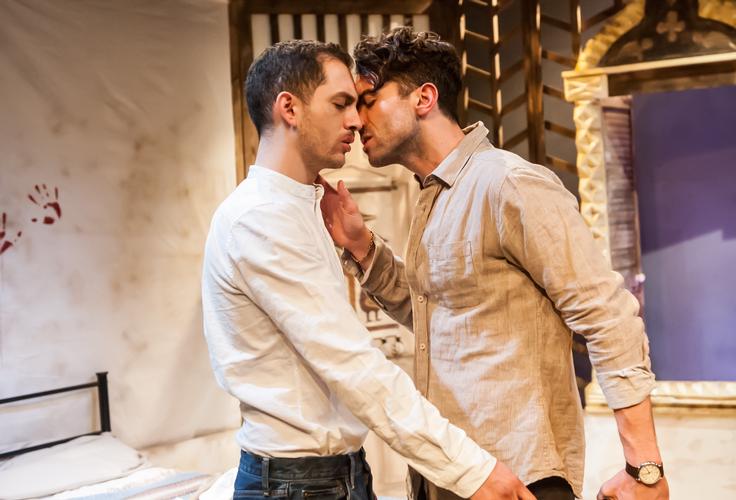 Cry Havoc is an intimate play, written by American playwright Tom Coash, and directed by Pamela Schermann, that explores the relationship between the British academic Nicholas (Marc Antolin) and the Egyptian Mohammed (James El-Sharawy) in Cairo.

Mohammed is arrested by the Police and tortured for seven days.
From that day, Nicholas does his best to get Mohammed a visa from the British Embassy in Cairo through a series of interviews with immigration officer Ms Nevers (Karren Winchester). But is this what Mohammed really wants? Is it possible to give up everything – your life, your family, your friends, your identity – and flee to a country that is not your home?

Egypt is at present a sham democracy. Real power resides with the army. Also, even if homosexuality is not explicitly illegal, people are routinely arrested and imprisoned on the basis of their actual or perceived sexual orientation and gender identity with Egyptian media always fuelling society’s negative views of LGBTQ people.
For us, the idea that any person there would grab any chances to come to the UK is normal, but is this the truth?

Through witty dialogues, a great alchemy between the two actors – who deliver a flawless performance –, a simple but effective set (Mohammed’s bedroom, designed by Emily Bestow) and use of lights (by Petr Vocka) we see Nicholas and Mohammed confronting their identities, culture, societies and beliefs.

Go see this show. Not just because it is a good play. But also because you will leave the theatre having learnt something more about human nature. And about the world.