Eurovision (Your Decision) - Review - Above the Stag

After the success of last year Eurovision (Your Decision) is back 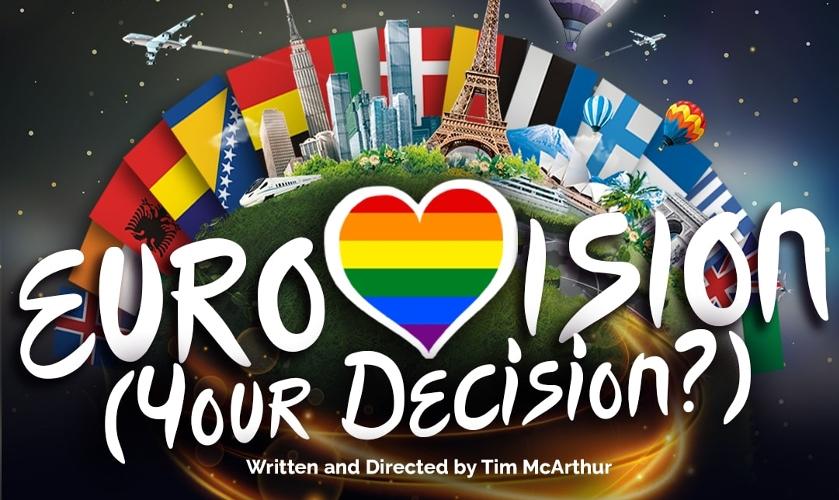 For the past 66 years, a song contest has been spreading joy, charm and cheesy pop songs around Europe, and the world. With famous past contestants including Johnny Logan, Celine Dion, Engelbert Humperdinck and Cliff Richard, Eurovision hasn’t just been about entertaining the masses with famous singers, but also kick-starting the careers of many huge acts, including Bucks Fizz and ABBA. Over the years, the Eurovision Song Contest has become synonymous with LGTBQ+ culture, and Above the Stag Theatre have created a wonderful night of entertainment that champions this culture to the max.

Eurovision (Your Decision) is a fun parody of the famous song contest, lovingly making clever jokes about even the tiniest details of the competition over the years. With great comedy delivered by the hosts, fabulous recreations of some of the famous performances from past years, and even some wonderful cinematography to really immerse the audience in the feel of the contest.

Across the evening, there were some delightfully hilarious performances by the fantastic cast of four, Tim McArthur, Lucy Penrose, Christian Andrews and Sarah Moore, with thrilling parody performances of songs including Cyprus’ sexy entry Fuego from 2018, the UK’s wacky song Flying the Flag by Scooch, and the incredibly nutty production from Ukraine’s Dancing Lasha Tumbai by Verka Serduchka. The performances are all done with playful silliness, but also with incredible skill, with the four performers making all moments stand out.

The beauty of this exciting evening of entertainment is the audience really do decide which act should win, by sending through votes via their phones during the interval. And from the reaction of the cast when the winner was revealed, they truly were not expecting the act that won to win, adding even more comedy to the evening, as the cast jokingly stalled to allow the other members to get ready for the final performance.

Eurovision (Your Decision) is an amazingly entertaining night out, and as close as anyone on a budget could get to go to the Eurovision Song Contest.