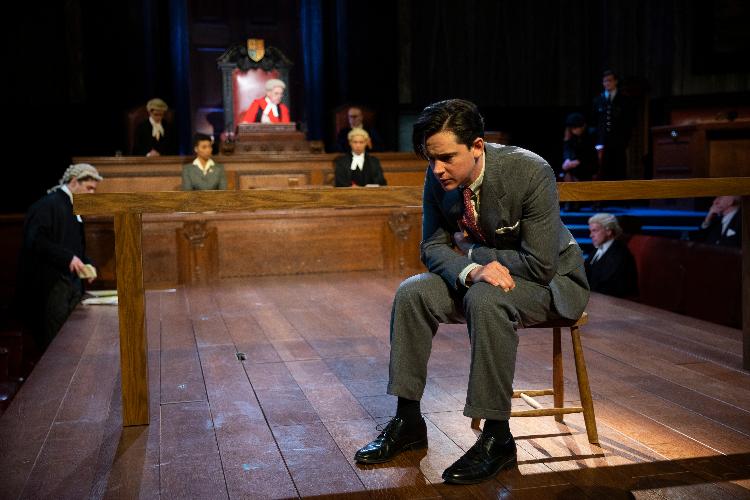 Witness for the Prosecution is a play adapted by Agatha Christie from her 1925 short story "Traitor's Hands" and it opened initially in London in 1953 and on Broadway in 1954.

Since opening in 2017, this new Lucy Bailey’s production has thrilled London audiences thanks to the gripping story and beautiful atmosphere.

This tale of justice, passion, money, and betrayal - and many more twists and turns - follows protagonist Leonard Vole, portrayed by the excellent Joshua Glenister, who has been accused of killing a widow to inherit her fortune.

The London County Hall could not be a better venue to host this play: the audience feel part of the court, fully immersed in this timeless and well-paced story.

At various points during the performance, and thanks to production designer William Dudley, lighting designer Chris Davey and sound designer Mic Pool, it is very easy to forget that we are watching a play and we feel like in a real courtroom.

It is impossible to continue this review without spoiling anything so, all we can say is that the suspense is guaranteed in this story where nothing is what it seems.

A compelling story in a perfect setting: what more?