Bonnie and Clyde The Musical - Review - The Arts Theatre

Bonnie and Clyde the musical opened on Broadway ten years ago, and then closed after a couple of months. The show is having a new run in the West End, where it seems its life will be much longer.

The musical has a book by Ivan Menchell and music by Frank Wildhorn, and it is directed by Nick Winston. The impressive set (considering that the theatre is small) is designed by Philip Witcomb, with video projections by Nina Dunn.

The book is based on the tale of the infamous felons Bonnie and Clyde. They were an American robbery team responsible for a 21-month crime spree from 1932 to 1934. They robbed gas stations, restaurants, and small-town banks, chiefly operating in Texas, Oklahoma, New Mexico, and Missouri.

The score goes from country to gospel, from rock to pop and musical theatre: a strange mix that has its strength in the ballads and romantic numbers.

The show is not very exciting – has little suspense and trite dialogues. The couple of killers is presented as a sort of “Disney heroes”. Contradiction? Cheap sentimentalism? Probably both. For sure, the two murderers and sociopaths are highly romanticised in this story. 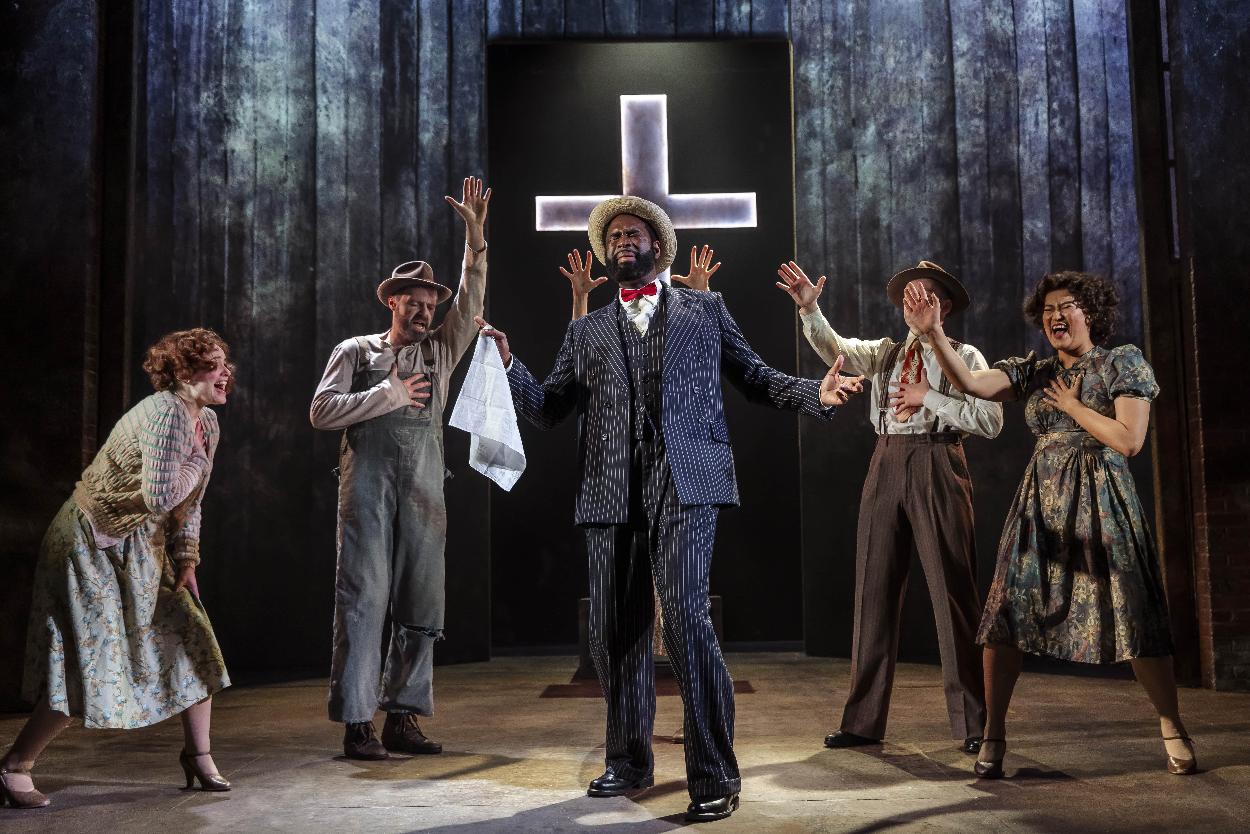 Needless to say, Jordan Luke Cage, one of the biggest talents in the West End, is magnetic and his performance is compelling. It is clear that he is having a lot of fun telling this story.

Frances Mayli McCann really owns the part of Bonnie, bringing depth and vulnerability to the character. Both sell the truth of the characters, who really believed in their actions that took them into a spiral of self-destruction and death.

Despite being a Broadway flop, the catchy songs and the terrific acting will make this good-looking West-End production an enjoyable one for many theatregoers.