The premiere of Mike Bartlett’s new comedy and satire 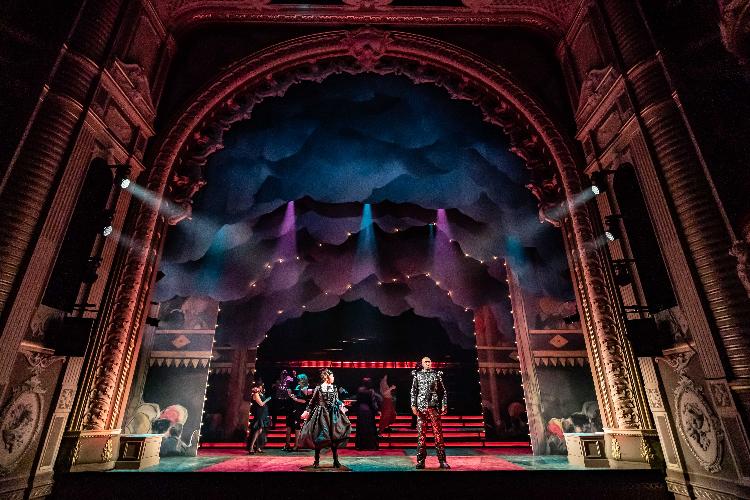 The latest Restoration comedy is here, and Mike Bartlett's outrageously funny Scandaltown is the place to be. This feud fuelled show presents a generous serving of contemporary issues to provide an entertaining yet true reflection of the current political lunacy that our country has been graced with. The thoroughly witty script is sure to raise some eyebrows, regardless of which side you reside, as its consistently opposing opinions provoke thought as well as laughs.
Notably ridiculous from the outset, the narrative begins by meeting Aunty Julie (played by Emma Cunniffe), and her niece, Phoebe Virtue (played by Cecilia Appiah). It is immediately apparent that many contrasts in character will be encountered, while perpetually being heavy on the stereotypes. Setting off to the darkest depths of London in search of her brother Jack (Matthew Broome), Phoebe is unsure of the world of scandal and corruption that lies ahead.

Enlisted to improve the public status, Hannah Tweetwell- a highly regarded social media specialist, played by Aysha Kala- is recruited by Lady Susan Climber (Rachael Stirling), a formidable force of nature, to build her popularity, though is determined to cause her career a mighty downfall. When word of a Netflix masked ball with the elite gets around, drink, drugs and pleasure collides and has a somewhat mistaken ending.
Richard Goulding does a sterling job of encapsulating the mannerisms of Matt Eton with particular references to a certain politician that firmly resonates with anyone who has experienced life in Britain, particularly with recent events over the last two years. In addition, Chukwuma Omambala becomes the stern entrepreneurial investor, Sir Dennis Hedge and Thomas Josling is the unseasoned Tom Double-Budget, while Luke Hornsby and Ami Okumura Jones play friends Freddie Peripheral and Jenny Hood respectively. In all, the casting seemed excellent as they each perform their distinctive roles with aptitude.

Although the overarching plot isn't meaningful beyond comedic purposes, and the set not particularly lavish, it does allow for the fun to be in the characters and wordplay; it is clear that every comment and interaction was quipped craftily. Scandaltown is satirically pure genius, and brings the mix of relevance, controversiality and humour, along with the madness that makes for a great night out.