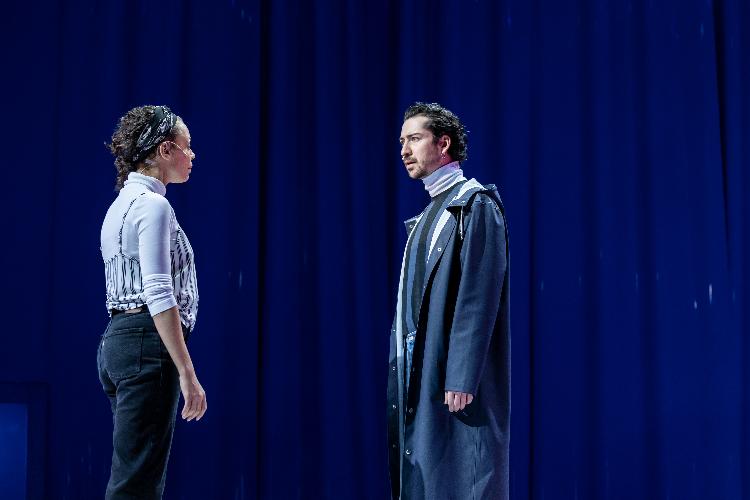 You know the famous words: it is a truth universally acknowledged, that a single man in possession of a good fortune, must be in want of a wife. But what if said man is not in possession of a good fortune? Will the wife be in want of him? In Jane Austen’s Persuasion, Anne Elliot is in fact very much in love with the poor but charming Captain Wentworth. Unfortunately, Anne allows herself to be persuaded by her friends and family to decline Wentworth’s proposal and look for a more suitable (read: wealthy) match. Cut to eight years later, and Anne is still unmarried. At 27, she is practically an old maid, but luckily, she will not have to wait long for Wentworth to come back into her life. This time, he is considerably better off as he is recently returned from war and has made quite a name for himself. The two still have to go through a great ordeal, however, before they finally realise their shared feelings for each other and – spoiler alert – live happily ever after.

Recently refurbished Alexandra Palace appears at first glance to be the ideal space to bridge the divide between the world of Jane Austen and our 21 st century. Its derelict interior has been carefully frozen in time to ensure that the Victorian theatre does not deteriorate further, thus making it easy to imagine “Ally Pally’s” past grandeur. This production of Persuasion is actually almost too modern to fit the space’s rustic beauty. The stage has been dressed in one single curtain of what looks like blue latex surrounding a revolving, rectangular platform. Quite far from the stately British country homes, one would expect from a Jane Austen story.

Persuasion is a co-production between Alexandra Palace and Rose Theatre in association with Oxford Playhouse. It is an adaptation by Jeff James and James Yeatman of Jane Austen’s 1818 novel, and it is directed by Jeff James. Far from being the first adaption of an Austen novel and most certainly not the last either, James and Yeatman’s Persuasion sets itself apart by giving it a pop-cultural make-over. For this occasion, Austen’s characters in their usual lace and petticoats have been re-dressed in raincoats and sensible shoes, and the story is set to tunes of Lizzo and Dua Lipa instead of chamber music and pianofortes.

Persuasion is performed by an energetic cast headed by Sasha Frost who delivers a witty and endearing Anne Elliot. Opposite her is Fred Fergus’ Captain Wentworth who is both dreamy and just haughty enough to fit the bill of an ideal love interest in the world of Austen. The two of them, along with the rest of the cast, deliver humorous and warm performances, and they deserve credit for their shared commitment to the dance routines, which stand out as being some of the best and funniest parts of the show. Making her official stage debut is also Matilda Bailes who deserves extra recognition for her effortless performance in the dual role of Anne’s sister and family friend.

It is always admirable when creatives try to put a fresh spin on an old classic, but caution must be taken whenever someone tries to fix something that might not be broken in the first place. As mentioned, classical music has been replaced by pop music. The very specific dancing style of that period has also been replaced by a markedly more modern take on how to move on a dance floor.

This is just one example out of many ways in which this story has been modernised. Another example could be how the sea is now represented by an enormous heap of foam dropped onto the stage resulting in a garden-party-style bubble fest. It is loud and vibrant and definitely funny, but it also draws attention away from the drama at the heart of the story. Simply put, it is all just a bit much.

The vision behind this production is clear to see. Persuasion manages to point out how making the wrong choice by following others’ opinions rather than your own heart can haunt you forever.

Still, it seems that this production does not quite manage to fill its own shoes, as these universal themes end up drowning in its wanting to do too many things at once. Despite some of the stylistic and directorial choices being slightly off-putting (why does Anne keep pushing people off the stage for no apparent reason?), Persuasion is still a heart-warming, funny, and incredibly ambitious take on Jane Austen’s final novel.