A dry comedy with hidden motives and self-destruction. 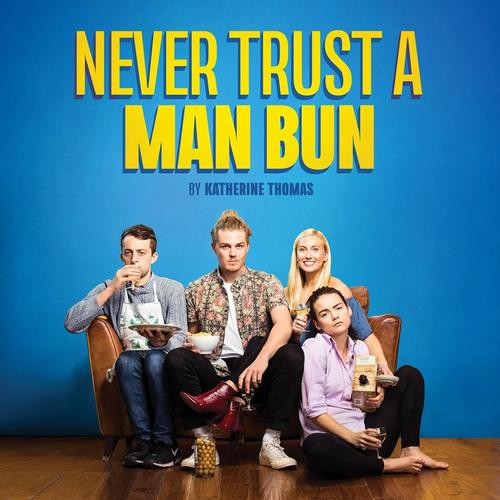 The brilliant writing, pathos, humour and heartache poured into this extremely well cast and well performed 70-minute play is worth taking a trip to see. The stage is dressed with a sofa and a few pieces of functional furniture and a washing airer complete with washing all in keeping with a flat share.

Good friends from school Lucy and Gus now flatshare. His ex who is now his current girlfriend Rachael upsets Lucy's plans of a quiet night in to drink wine and watch Gogglebox. As Unbeknown to Lucy, Caps turns up at the flat on the request of Rachael to be part of a double date. Leading to some very unpleasant revelations and awkward moments as they all attempt to socialise.

Lucy played by the scriptwriter Katherine Thomas is sarcastic, blunt and very direct. During some of her one-liners its hard not to wince as she rips into the other three with cutting quips. Especially the "thick as shit Girlfriend " Rachael. Who in many ways brings it upon herself with her unthought-out comments and unintelligent remarks. The raw honesty in Lucy's part is for me refreshing.

Now enter the jealous double dater Gus and in keeping with the title of the play you really "...can't trust a man bun". He manipulates and divides the group to win back Rachael and in the process destroying the long-standing friendship between Gus and Lucy. While still managing to play the role of the hard done by the victim who mentions endlessly that he looks after his autistic sister for one hour a day.

Gus the kind and caring but quite naive and unsuspecting boyfriend realises that Rachael is not who he thought she was, as Caps flurts with her and lets the secrets slip on purpose. The innocent blonde who is so extremely nice certainly has a few uncomfortable skeletons lurking in the past. One of which is her past relationship with Caps.

Like Lucy, the play is very honest and blunt. The gasps in the audience behind me when the old flames share a late night kiss highlight the emotions that were provoked by this brilliant writing.

As with many modern plays, we are not witnessing a happy ever after or cheerful resolution. In life, some things are best left and this play finishes leaving me to believe that nothing else needed to be said or done at that point.

Thomas has clearly studied a lot of people around her and many I dare say were possibly her peers. As each character could easily be identified as someone you could have met, known and then more than likely not disliked.

It runs until 24 March