Beautiful black boys claim the Royal Court as their spoils 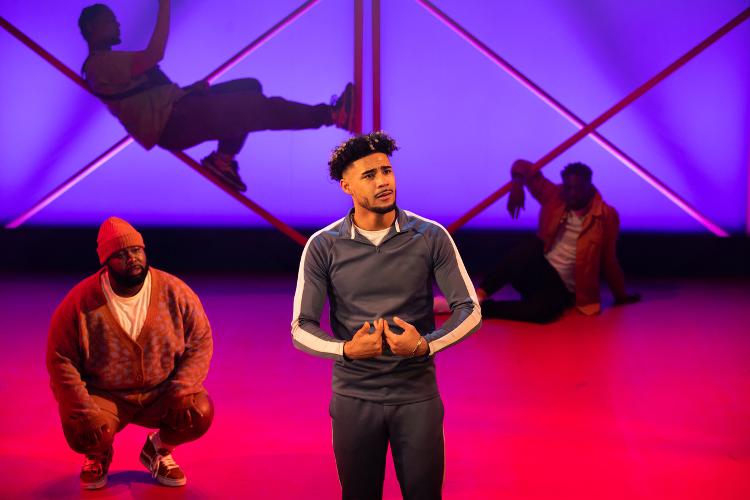 Pieces like this are defining the time we are in. Ryan Calais Cameron has whipped up a frenzy with a script both tight and punchy. This is the funniest show I’ve seen for some time. Not only does it have a galaxy of insight about the ‘black boys’ who frequent the stage, but we also go along with them. Some things we all share from first crushes, bullying, family dynamics and social standing.

There is not a story as much as you would think, but rather a collection of insights and observations from each of the young, black men on stage. We are movably drawn in, the narrative pull coming from the slick delivery of this cast, each representing the countless voices of the abused, discriminated and undervalued.

Each figure seems to represent a different aspect of black culture as proven by their builds, dress, use of language, dance moves and reaction to events on stage.

Perhaps even looking stereotypes in the eye and facing up to past oppressions with their meaning today, helps bring these characters to an accessible state of play. All of them share insights on what they think about themselves and black culture in general. Hats off to the ensemble of young male actors who brim with wit, joy and pain. These were genuine emotions on stage and they hit you hard. The set of Anna Reid evokes a primary school and later a dance club, simple and compact with no-nonsense.

Ryan is also director and the show has seen past versions and (from what I know previous incarnations) here has taken flight, in a dazzling display of masculinity, with some sweet singing voices from the lads as well. I didn’t expect to be crying so much. The stories of dying fathers, abuse and gay love were so touching that the diverse audience remained at times silent, other times heads flung in states of hysteria.
This is theatre with fire in the belly and a sparkle in the eye. Wowza!

It runs till 30 AprilAvailable to stream worldwide for a 48-hour rental.