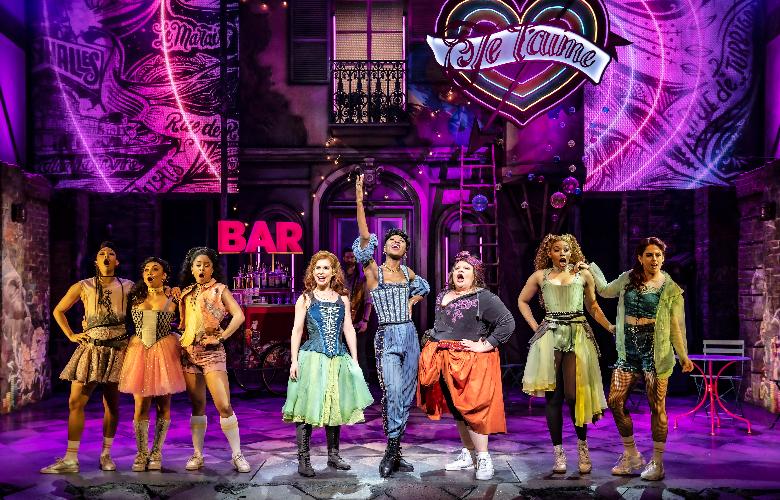 &Juliet, the jukebox musical with the hits of the Swedish singer and producer Max Martin, who has written or co-written 22 number-one hits for artists like Maroon 5, Katy Perry, Taylor Swift and many more, has opened in the West End in 2019 and has been a smash-hit show since then.

New cast members have joined the show at the Shaftesbury Theatre, and we happily attended the media night. We were sure we would have not been disappointed.

Keala is internationally renowned for her starring role in the global smash hit movie The Greatest Showman in which she performed the iconic song “This Is Me”. She is making her West End debut here, and it is a memorable one. She is funny, convincing and sings beautifully.

After Jordan Luke Cage, Tom Francis takes the role of Romeo (big shoes to fill). He is a charming, magnetic and hilarious Romeo.

One of the big strengths of this musical – apart from the many hit songs – is the sensational cast. Miriam Teak-Lee is a powerhouse, Alex Thomas-Smith is heart-breaking in his performance of "I'm not a girl, not yet a woman", Tim Mahendran has an outstanding stage presence and knows how to pull the audience into the performance, Oliver Tompsett and Cassidy Janson are wonderful as Shakespeare and his wife. You won't be able to find a weak link in the whole cast.

&Juliet takes you literally out of this world, and, even if just for a couple of hours, to a new dimension. Famous songs, captivating love stories, a wonderful cast and, most of all, an important message of universal acceptance come all together like pieces of a perfect puzzle.

If you haven’t seen it yet, grab a ticket. It’s the best night out.