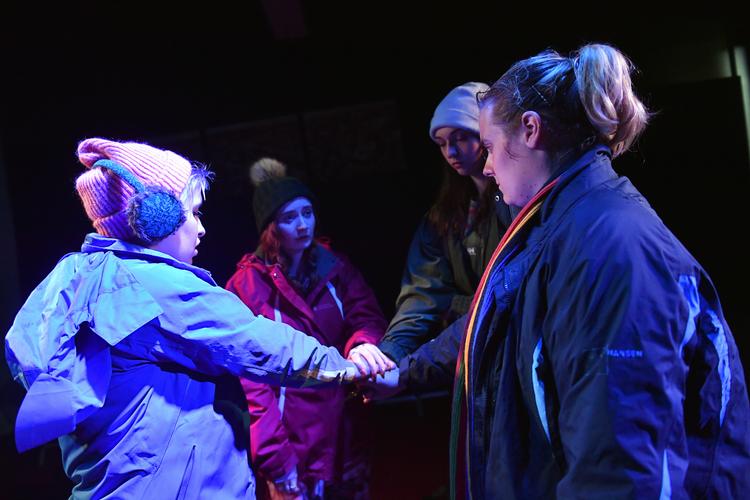 Psychological thrillers are a strange thing. Especially when on stage. With a film, camera trickery and editing can be cleverly used to create jump scares and tension. With live theatre, this is incredibly hard. All that you can use is clever lighting and sound in the right places to envelope the audience in this thriller territory.

Highly Suspect have achieved an intense thriller with 'We Know Now Snowmen Exist’. Staging this production in the round was a very effective way to create an intimate atmosphere, drawing the audience into this tale.

The five actors were fantastic. Playfully putting the viewers' minds at ease before quickly changing the tone of the performance. To single one of this strong cast would be hugely unfair, as all five of these ladies performed fantastically with great chemistry.

Michael Spencer has very cleverly written this production. The twist ending hits you from nowhere and adds a further eerie feeling to the show. The lighting and sound worked well to help create a nice thrilling atmosphere, and I loved the lighting effect with the snowman.

The only fault was the twist ‘reveal’ could have been much more impactful and thrilling with slightly more subtle lighting effects. It almost lost the edge of the performance and distracted from the main action. Throughout the production, the audience had been spoilt with fantastic effects and acting, that this specific lighting effect looked somewhat sloppy. However, this was quickly remedied with a stunning final silhouette, which almost warranted no need for the bows.

‘We Know Now Snowmen Exist’ is a production that proves why thrillers work so well in the theatre.