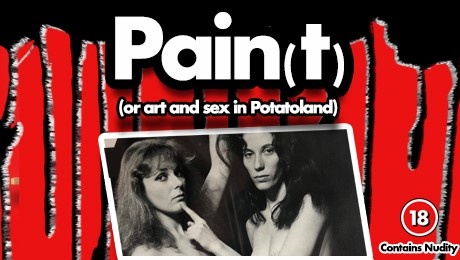 Richard Foreman is famous for challenging the standard theatrical guidelines and creating innovative and ground-breaking pieces of theatre. Pain(t) tells the story of two artists in Potatoland, battling each other for fame as the master painter.

This production is part of the Foreman at Fifty season, celebrating the 50th Anniversary of Foreman's Ontologically Hysteric Theater.

The use of lighting and sound to disturb the audience's attention forces them to use their minds for piecing together the story as told by the 'objects,’ instead of purely watching a production in an idle state. In all honesty, it would be virtually impossible to view Foreman's work in this state, as it would leave the audience behind wondering what is going on.

Foreman's work most definitely isn't for the mainstream crowd. In fact, it is mainly for a very niche market. However, if you are interested in seeing an obscure production of true Avant Garde style, then this is undoubtedly a great starting point.

It runs until 16 March. Tickets here