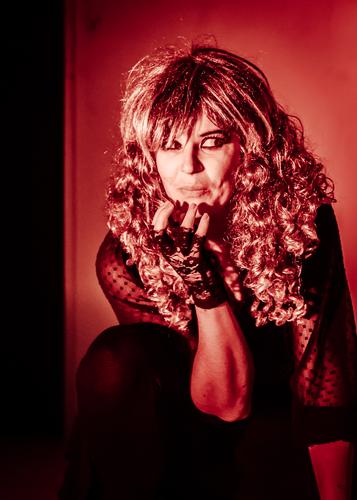 It's a pretty taboo subject isn't it?

Even in this date and age,  Alexa can order your shopping at the press of a button.  You can centre your chakras in the comfort of your own home.  Yes, times have changed. Except for one thing, in the centre of a woman's existence.  The very flow which will take her from childhood into the blossoming of a woman to being on the precipice of being a mother.  Auntie Flo visiting, or TOM parking himself in your diary for a week, usually when you have the party of the century planned.

Kate Joyner has taken the brave  step of bringing to the stage, premiering in the UK at The Chapel Theatre, a one woman show fighting the taboo of the monthly cycle.

There is a constant narrative that mutters beneath Kate's eyes.  She is wholly aware of her femininity and manages to bring light where there is a shade; yes it's a painful cycle but It connects and more so roots woman to Mother Earth intertwining with the Moon Cycle.  The auditorium was full of women who were in nodding their heads in unison at the various themes that arose through this one hour show.

The belief that you shouldn't wear your lace panties because the blood will stain them being one on which everyone wholly agreed.

The beauty of this piece is that it was portrayed with humour and imparting knowledge rather than being spoken at.  There is nudity and expressive use of the female body and Kate usefully interpreted knowing her audience very well.

The show itself was tightly put together, the ebb (pun intending) flowing with ease and clarity.  As I left the theatre I couldn't help but be reminded of what Beyonce helpfully reminds us of. Who runs the world? GIRLS.