A Musical of War and Friendship 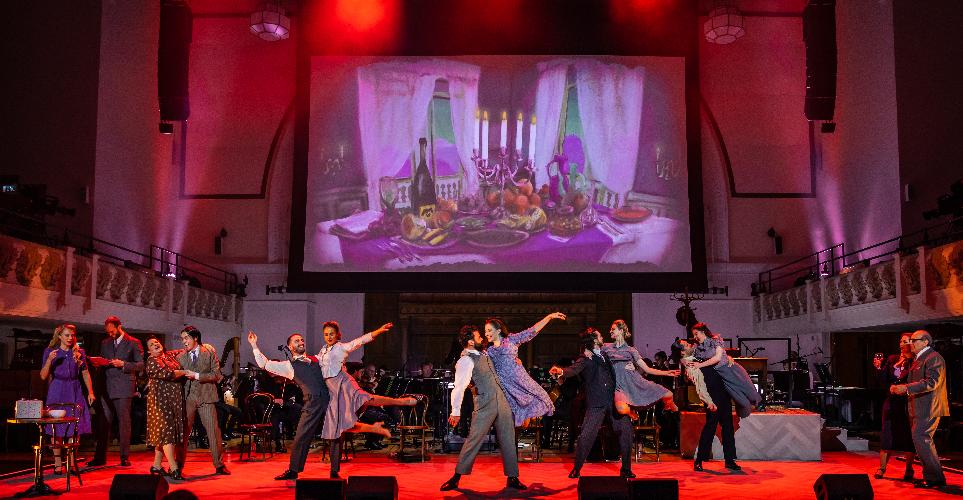 Valiant in nature, Mimma appeared as a force to be reckoned with. Unlike others, she did not fear the political unrest that could be caused by sharing her controversial opinions. As a young journalist in 1930s Italy, she set out against the Fascist movement to cause resistance towards Mussolini's government. As conflict arises, Mimma is sent from Turin to London, where she stays at her uncle Lorenzo's nightclub, which is renowned for being like a little piece of Italy, due to the community that often reside there. While adapting to contrasting cultures, she becomes more aware of the clashing thoughts of those around her. Soon after, Hitler's foreboding Blitz tears through the city, with lasting impacts on Mimma, and her newfound friend, Sarah.

A 48 piece orchestra, led by Richard Balcombe, accompanies throughout this new musical and brings in the classical elements that are blended with jazz, theatrical and operatic tones across the beautiful score, composed by Ron Siemiginowski. Their immense sound reverberating about the building made for a special evening, in conjunction with the faultless vocals all round. A few sound issues came about, but were quickly rectified, and didn't spoil the show whatsoever.

With it being a semi-staged concert, the narrative seemed a little disjointed at times, and using, what seemed like, the script did take away some authenticity from the performance, though this would become resolved should the show take to becoming a full musical production. Areas that were perhaps lacking a little in vigour would be livened then too with extra staging, in this wholly unique piece of theatre. However, the story was still built effectively, with some of the intricate and impressive choreography being a standout, despite there only being a few props, such as tables and chairs. A screen helped to illustrate the story, particularly with highlighting the setting and time changes, and lighting use are sublimely fitting.

Including some hugely talented names, this event was met with a spectacular reception. Sir David Suchet largely narrates as Alfredo Frassati, speaking with sincerity. The role of Mimma is conducted well by the incredible Celinde Schoenmaker, and Louise Dearman flawlessly takes on the delightful character of Sarah, the aspiring singer. Lorenzo is played by John Owen-Jones, Ada Marini by Elena Xanthoudakis, Aldo Marini by Ashley Riches and Jacob Katz by Steve Serlin- alongside an equally skilled ensemble.

Mimma, the new musical, is an elegant and mature piece, depicting a meaningful message of friendship and unity through war, and showcasing some wonderfully strong vocals that go unmatched.