The first UK revival in 25 years opened at Southwark Playhouse 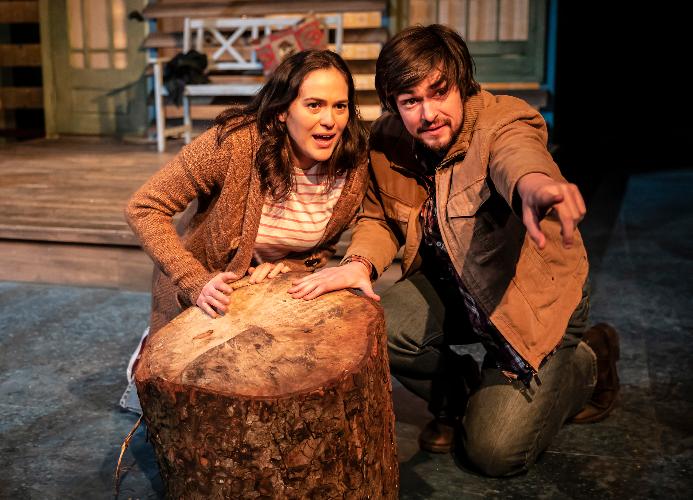 Set on a porch in the middle of rural Michigan, Nick (Sam Frenchum) and Ruth (Francesca Carpanini) escape for a quiet weekend away. The porch is a familiar place for Nick, a place he has seen many times before with past friends and perhaps lovers, whereas the place is unfamiliar, new and exciting for Ruth. The pair begin to tell each other obscure stories, about seagulls and soldiers, strange ideologies that seem out of place with their surroundings.

Despite the intention of Mamet’s writing to create his own mythologies told through a dysfunctional couple, the text feels stale and has no real, true meaning behind these absurd tales. Much of the writing feels as though random ideas were pushed together into one play and perhaps needed more of a build-up, especially when it comes to the eventual (and predictable) deterioration of the relationship.

Despite this, Frenchum and Carpanini are electric and sizzle with chemistry and talent. The pair work well with the text they have and play into the stereotypes of the one-dimensional characters they were given. The same goes for Russell Bolam, as his direction is clearly skilful and layered with great intention.

Overall, despite Mamet’s previous successes, The Woods fails to bring life and excitement to the Southwark stage.

The Woods will be running until the 26th March at The Southwark Playhouse.