Boaz and George meet on Grindr. One is in Israel, the other in Lebanon 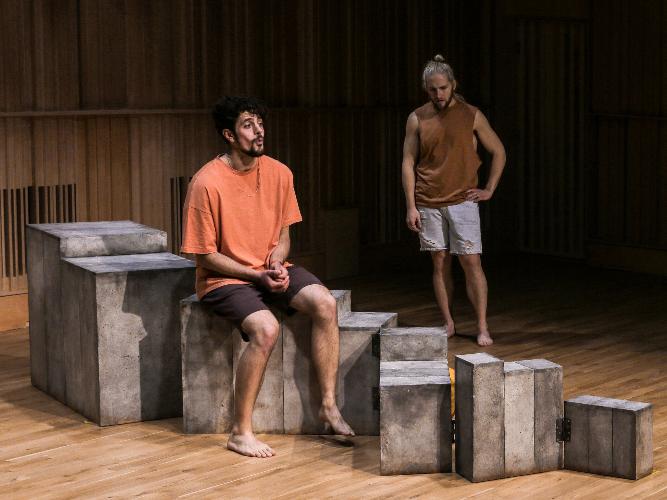 The war on technology and the war on religion are both brought to light between this beautiful love story of two men (played expertly by Joseph Samimi and Yaniv Yafe), one from Israel and the other from Lebanon. They meet on Grindr, at first unaware as to their geographical situations, starting off light hearted and kinky, leading into something deeper, darker and far more real than the phone screens they communicate on.

The direction by Neta Gracewell and writing by Nimrod Danishman compliment each other perfectly as the script aligns with the decision to keep the actors on two separate sides of the stage, separated by a literal border. The two barely look each other in the eyes throughout the entire play and yet the chemistry between Samimi and Yafe is electric.

Original, heartfelt and darkly funny, ‘Borders’ tackles the boundaries between modern love and the division between technology and war.