Back to the Future extends run - News

The show is now booking until October 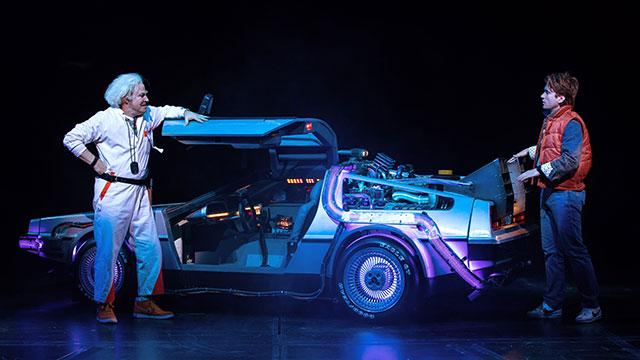 The hit West End production of Back To The Future – The Musical has extended its run at the Adelphi Theatre, it has been announced.

The show is now currently booking until 23rd October 2022, with tickets on sale now.

When Marty McFly finds himself transported back to 1955 in a time machine built by the eccentric scientist Doc Brown, he accidentally changes the course of history. Now he’s in a race against time to fix the present, escape the past and send himself… back to the future.
Back To The Future – The Musical stars Roger Bart and Olly Dobson in the roles of Dr Emmett Brown and Marty McFly.

Based on the Universal Pictures/Amblin Entertainment film, Back To The Future – The Musical has a book by Bob Gale and new music and lyrics by Alan Silvestri and Glen Ballard, with additional songs from the film including The Power of Love and Johnny B. Goode.