A new season with Leading Actors from Stage and Screen 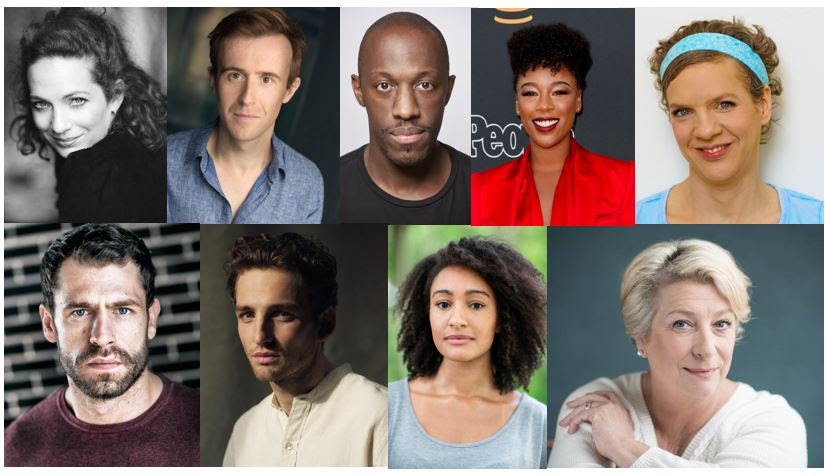 The National Theatre today announces new productions for all three South Bank stages this summer: Jack Absolute Flies Again in the Olivier theatre, Much Ado About Nothing in the Lyttelton theatre and All of Us in the Dorfman theatre with tickets on sale to the public from Thursday 10 March.

Jack Absolute Flies Again a riotous and comedic new version of Sheridan’s The Rivals, co-written by Richard Bean (One Man, Two Guvnors) and Oliver Chris (Emma), will play in the Olivier theatre in July.

Simon Godwin (Romeo & Juliet) will return to the Lyttelton theatre to direct Shakespeare’s Much Ado About Nothing in July. Set in the Italian Riviera at the fictional Hotel Messina, Katherine Parkinson (Home, I’m Darling) will play Beatrice with John Heffernan (The Pursuit of Love) as Benedick in Shakespeare’s timeless romantic comedy. With set design by Anna Fleischle, costume design by Evie Gurney and lighting design by Lucy Carter. Composer is Michael Bruce and sound design by Christopher Shutt. Staff Director is Hannah Joss.

Award-winning writer and comedian Francesca Martinez will make her NT debut with her new play All of Us, directed by Ian Rickson. A powerful and timely drama that explores the human cost of abandoning those who struggle to fit in, the play was postponed due to Covid-19 and will now open in the Dorfman this July.

Artistic Director of the Bush Theatre, Lynette Linton makes her National Theatre debut with a new production of Pearl Cleage’s Blues for an Alabama Sky in the Lyttelton theatre from September. This startling play set in 1930 during the Harlem renaissance, is about four friends whose lives and passions collide when a newcomer from Alabama arrives. Samira Wiley (The Handmaid’s Tale, Orange is the New Black) performs the role of Angel Allen with Ronk Adékolujo (Three Sisters) as Delia Patterson, Osy Ikhile (Sweat) as Leland Cunningham, Sule Rimi (Barber Shop Chronicles) as Sam Thomas and Giles Terera (Death of England: Face to Face) performing the role of Guy Jacobs.

Set and costume design by Frankie Bradshaw, lighting designer is Oli Fenwick, movement director is Kane Husbands, composer is Ben Kwasi Burrell, sound designer is George Dennis and Staff Director TD Moyo. Tickets for Blues for an Alabama Sky will go on sale in May.