Park Theatre have announced the initial shows in their Summer season 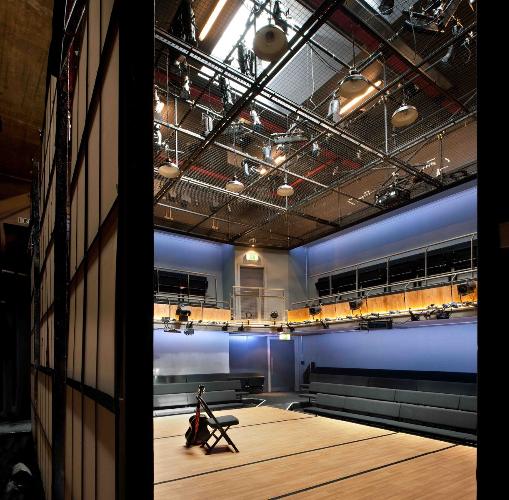 Park Theatre have announced the initial shows in their Summer season, starting with a co-production with Original Theatre. The first of three world premieres in the season, The End of the Night (27 April – 28 May) is a drama that takes place in the final days of WWII and is based on the true story of a secret meeting between a member of the Jewish World Congress and Heinrich Himmler, organised by Himmler’s physiotherapist. Dr Felix Kersten and Swedish Jew Norbert Masur desperately try to persuade Himmler, one of the most powerful men in Nazi Germany, to ignore his Führer’s commands and release the remaining concentration camp survivors. From Ben Brown, the writer of Three Days In May (WhatsOnStage Best New Play Award) and A Splinter of Ice and directed by Alan Strachan, The End of the Night is a tense and absorbing new drama.

Following on are two Park90 productions, The Still Room (1 – 25 June) and Monster (27 July – 20 August). In The Still Room, Janice is a waitress in a struggling hotel in Manchester awaiting O Level results and desperate to escape her hometown. But the arrival of a new waitress with bold ideas changes her perceptions of everything. The Still Room focuses on a young woman trapped by her class, gender and education and asks, ‘how far would you go to change the path of your life?’

In Monster, two troubled teenagers in Glasgow play dare and fantasise about running away, but when others get drawn into their orbit of chaos the outcomes are worse than anyone could have thought. A play about the need for love, the powerful forces behind random acts of violence, and the hold the mistakes of the past have on the future, Monster is presented by Veritas Theatre Company and Kepow following the successes of their previous Park90 shows; Spiral (2018), Beneath the Blue Rinse (2019) and The Answer (2019).

Sunday morning concerts will be returning to Park Theatre with Coffee, Croissant and a Classical Concert, three events from Ostara Chamber Players building on the success of their inaugural concerts in autumn 2021, and Coffee, Croissant and a Jazz Concert performed by The W. For a relaxing and social morning of pastries, coffee and music, doors open at 10.15am for coffee and croissants (included in the ticket price), and performances commence at 11am.

Further shows in the season are due to be announced.

Artistic Director Jez Bond said, ‘We’re excited to be partnering with Original Theatre this season to stage the compelling and important play, The End of the Night. It’s also a pleasure to welcome back The Still Room after their pandemic cancellation in 2020, and our friends from Veritas & Kepow Theatre with their fourth Park90 production, Monster. It’s fantastic to be moving confidently into our summer programme after the fundraising success of Whodunnit [Unrehearsed] 2, we’re humbled by the support of so many who bought tickets to the show and bid in the auction to help support Park Theatre. Despite this monumental effort, our fundraising efforts must continue to ensure our future resilience in the wake of the pandemic.”

Park Theatre presents exceptional theatre in the heart of Finsbury Park, boasting two world-class performance spaces: Park200 for predominantly larger scale productions by established talent, and Park90, a flexible studio space, for emerging artists. In nine years, it has enjoyed eight West End transfers (including Daytona starring Maureen Lipman, The Boys in the Band starring Mark Gatiss, Pressure starring David Haig and The Life I Lead starring Miles Jupp), two National Theatre transfers, twenty-five national tours, five Olivier Award nominations, has won Offie Awards for Best New Play and Best Foodie Experience and won a Theatre of the Year award from The Stage. Park Theatre are grateful to all those who have donated to the Park Life fund, supporting the venue through the pandemic.