There is a new Romeo in town - News 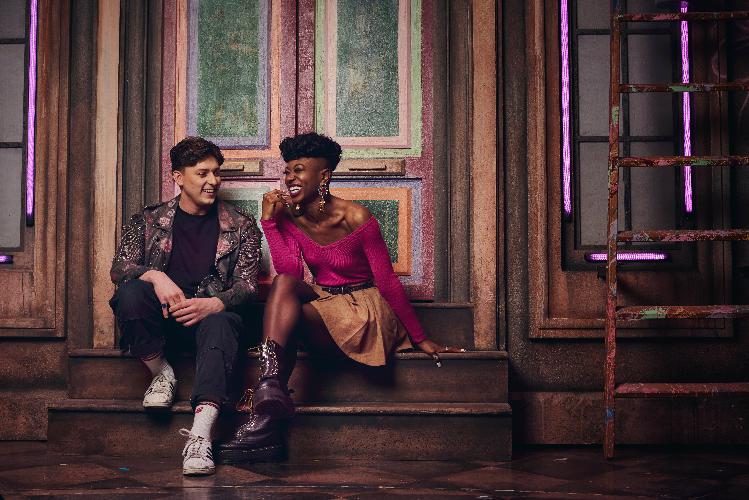 Tom Francis is to play Romeo in & Juliet, as the award-winning show today announces new cast. Tom, who starred in the recent acclaimed production of Rent, will join the company next month, in the joyous musical which won 3 Olivier Awards and 6 Whatsonstage Awards.

Julius D’Silva will also join the cast as amorous Frenchman Lance, opposite Keala Settle as Nurse. Keala - internationally renowned for her starring role in the global smash hit movie The Greatest Showman in which she performed the iconic song “This Is Me” – will be making her West End debut.

They will all join the production from Tuesday 29 March 2022 at the Shaftesbury Theatre, where the show recently extended its booking period through until Saturday 24 September 2022.

Miriam-Teak Lee – who was awarded the Olivier Award for Best Actress in 2020 for her performance as Juliet – leads a cast including Cassidy Janson, who also won an Olivier Award for Best Supporting Actress for her portrayal of Anne Hathaway, Oliver Tompsett as William Shakespeare, Tim Mahendran as Francois and Alex Thomas-Smith as May.

David Bedella continues his Olivier Award-winning performance as Lance until Saturday 26 March, as does Jordan Luke Gage as Romeo and Melanie La Barrie as Nurse.

Romeo who?! With her bags packed and ready to escape Verona, Juliet recovers from heartbreak in the best way possible… by dancing the night away with her best friends by her side! But when the sparkle fades, the confetti falls and reality catches up, it’s clear that Juliet needs to face her past in order to find her future. Can she reclaim a story that has been written in the stars? Is there really life after Romeo… or could he be worth one more try?

Come along for the ride as the original Anne Hathaway takes on her husband William Shakespeare to remix his legendary play. As comedy meets tragedy, will Juliet get the ending she truly deserves? And most importantly, can their love survive this battle of wills?

Fabulously fresh and riotously funny, & JULIET explodes with dozens of pop anthems by legendary songwriter Max Martin, including … Baby One More Time, Since U Been Gone, Roar, It’s My Life, I Want It That Way, and Can’t Stop the Feeling! The show also includes the brand new song One More Try, written especially for the show by Max.

Brought to life by an award-winning creative team, this vibrant, colourful and timely musical is directed by Luke Sheppard (In the Heights, Rent and What’s New Pussycat?) with a story by David West Read (Netflix’s Schitt’s Creek), electrifying choreography from Jennifer Weber and stunning set design from Soutra Gilmour.