A Summer Season of Shakespeare, Music, Opera and Theatre 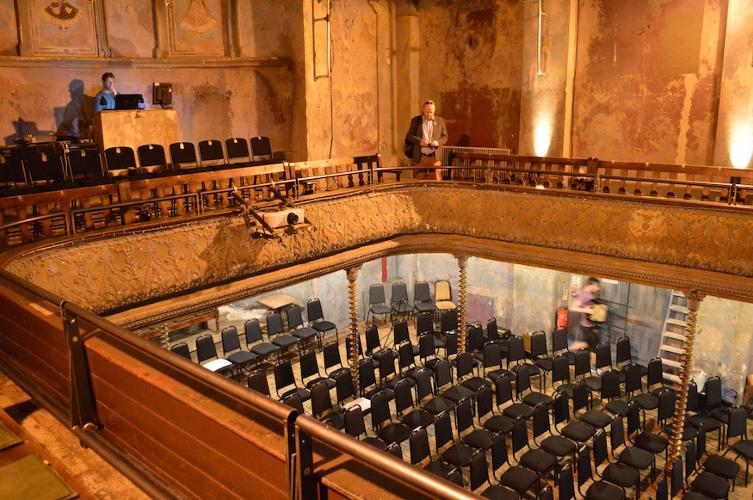 Wilton’s Music Hall announces a new season for April-August 2022, with an impressive array of theatre, music and opera shows in collaboration with a variety of distinguished production companies and talent.

The new season includes the very best in classical theatre with As You Like It [10-14 May] presented by Northern Broadsides and New Vic Theatre in a co-production which will bring their bold, refreshing style to Shakespeare’s most musical and much-loved comedy. Whilst Starcrossed [1-25 June] presented by Jacob Schott and Visceral Entertainment in association with Ticking Clock, will reimagine Romeo and Juliet, bringing a fresh twist on the world’s best known love story and updating Shakespeare’s verse for the modern age in a heart-warming play by Rachel Garnet which received critical acclaim following its premiere at the New York International Fringe Festival.

Thrilled to be returning to Wilton’s, Opera della Luna will present the UK Premiere of Three Decembers [17-21 May] a heart-wrenching tale written by one of America’s most exciting contemporary composers, Jake Heggie. This 90-minute, one act opera tells the story of Broadway star Madeline Mitchell and her two adult children over three decades during the AIDS crisis as the family struggles to connect when secrets are revealed.

And back with even more wonderful tales and music from fascinating people is OneTrack Minds (6 – 7 February), two captivating nights of sound and storytelling as an esteemed panel of guests discuss the one song that changed their life.  Firm favourite at Wilton’s Ida Barr: Not Dead [27 April & 23 July], the creation of Olivier-award winner Christopher Green will once again bring sheer joie de vivre with her own brand of urban RnB which she calls Artificial Hip Hop; and Liza Pullman is also back with brand-new show and album The Heart of It after wowing sell-out audiences with her highly acclaimed West End run of Liza Pulman Sings Streisand.

Thought-provoking productions include Queer Cowboys [26 May] which rediscovers forgotten stories of the real Old West in a poignant show set in 19th century America to celebrate lives erased from history books. Produced by Freddie Love, the spoken word and live music of true, heart-warming stories of two transgender cowboys are brought back to life. Poet in the City will present Edward Lear: Wandering Nonsense Man [11 July], a night of discussion to explore the poetry of Edward Lear – one of the most celebrated figures in Victorian literature – with a panel of contemporary poets and writers inspired by the legacy of his sparkling wit and absurd imagination.

The musicians of The Lucky Dog Picturehouse [01-03 August] are back for three nights of classic silent film with a live score, presenting Metropolis (1927), a world premiere piano and percussion score by Sam Watts and Nicholas Ball. While virtuoso Dmytro Morykit brings back the much loved Nosferatu100, a seminal piano concert to F. W. Murnau’s 1921 classic vampire film Nosferatu. Morykit's incredible live performance had the Wilton’s audience on their feet last time around.

While the rocking five piece shanty-folk band The Salts return with a rousing night of Songs from the Sea [24 May] there will be more music from Martin, Izzy and Friends [12 July] who return after a three-year absence for a unique and fun midsummer evening of jazz, classical, pop , comedy and showtunes following sold out shows at the National Theatre and Crazy Coqs.

For the best in jazz and cabaret and after sell out shows last year, Tricity Vogue’s All Girl Swing Band [06 & 07 July] returns with a swinging line up of the very finest female jazz musicians with a mashup of 1920s, 30s and 40s songs with 70s, 80s and 90s sounds. Meanwhile, Ashes to Ashes [13 & 14 July] brings the very best of the UK’s cabaret community together for a brand new show of song, dance, comedy and burlesque to celebrate the mercurial genius of David Bowie and finally International touring cabaret and drag artist Peter Groom presents Dietrich: Live At Wilton's [03-05 May] drawing inspiration from Dietrich’s legendary solo show, it’s sure to be a sensational evening that revisits some of the Hollywood star’s most memorable numbers.