The show had a limited season at Soho Theatre in 2013 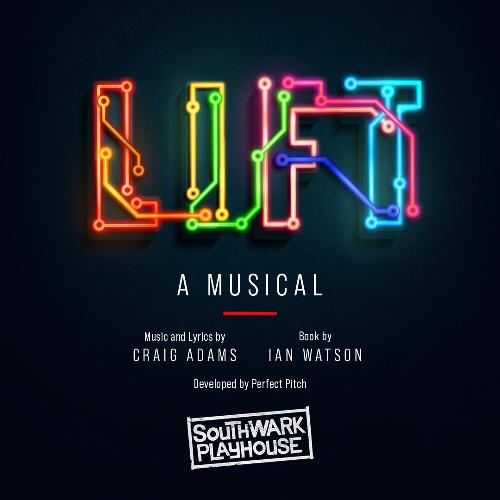 LIFT will be returning to London in Summer 2022. Tickets are on sale now.

Directed by Dean Johnson He/Him (Godspell, BKLYN, Dogfight) with Musical Direction and new arrangements by Sam Young He/Him (White Christmas, The Man in the Ceiling), this brand-new production of LIFT, music and lyrics by Craig Adams and book by Ian Watson, will run at the Southwark Playhouse from Friday 13th May 2022 until Saturday 25th June 2022.

Developed by Perfect Pitch, LIFT is set in a London underground lift, in one man’s imagination, on its way to the surface during one minute. In the 54 seconds of the lift’s passage, we are taken on a much longer journey that reveals the people behind the masks they wear, the secrets they dare not speak, and the unrealised connections between them.

Dean Johnson, Director of LIFT said “LIFT has been one of those shows that has grown in popularity since the concept album and original production 10 years ago, while the performers involved in that process came to define a generation of British talent.”

“A story about individuals lost in the vast ecosystem of London, in many ways it was ahead of its time and reflects the city today just as effectively as it did a decade ago. We are really excited to revisit the piece and unlock that potential in a fully realised revival with a modern retelling and a cast that represents the next generation of diverse talent in the UK.”

The world premiere of LIFT ran a limited season at Soho Theatre in 2013. Starring Cynthia Erivo, Julie Atherton and George Maguire. Casting for this new production is yet to be announced, but Gartland Productions is passionate to reflect the diverse and contemporary landscape of 2022 London.

Casting to be announced soon.