The show will be at the Lyric Theatre 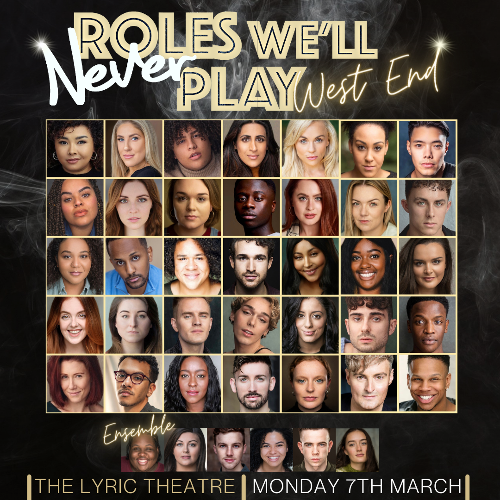 Roles We’ll Never Play announces an all-star cast for their next West End show. The 5-star show is back for one night only at the Lyric Theatre, the concerts biggest venue yet, on Monday 7th March 2022.

Appearing in the concert will be -

They will be joined by a featured ensemble made up of Kyle Birch (he/him), Joe Churms (he/him), Sebastian Harwood (he/him), Samara Rawlins (she/her), Hannah Willars (she/her) and Ella Williams (she/her)

The concert is produced by Tom Duern, hosted by Carl Mullaney and directed by Sasha Regan.

Flynn Sturgeon (Musical Director) will be joined by Ollie Copeland