Anything Goes on BBC - News

The filmed capture of the U.K. production of Anything Goes will be broadcast today 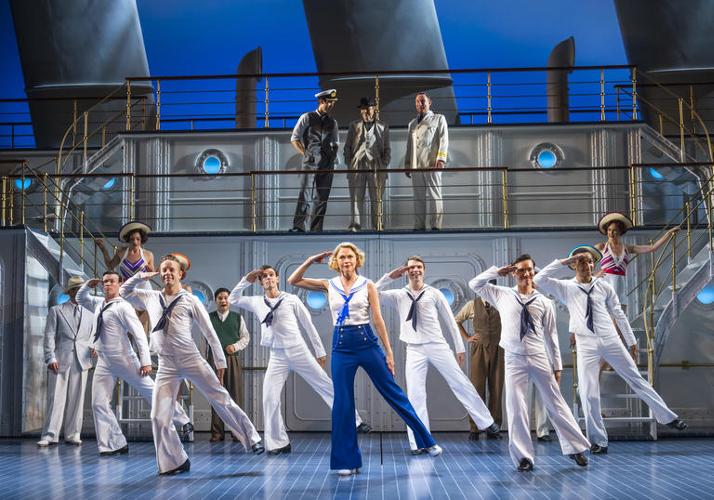 The new Barbican Centre production of Anything Goes Musical will be shown on BBC Two today, Boxing Day at 6.40pm, before being made available on BBC iPlayer.

This production is directed and choreographed by Kathleen Marshall, with set design by Derek McLane, costumes by Jon Morrell, music direction and supervision by Stephen Ridley, lighting by Hugh Vanstone, sound by Jonathan Deans, orchestrations by Michael Gibson (with additions by Bill Elliott), dance arrangements by David Chase, and vocal arrangements by Rob Fisher.