The Prince of Egypt filmed at the Dominion - News

The show will close next month 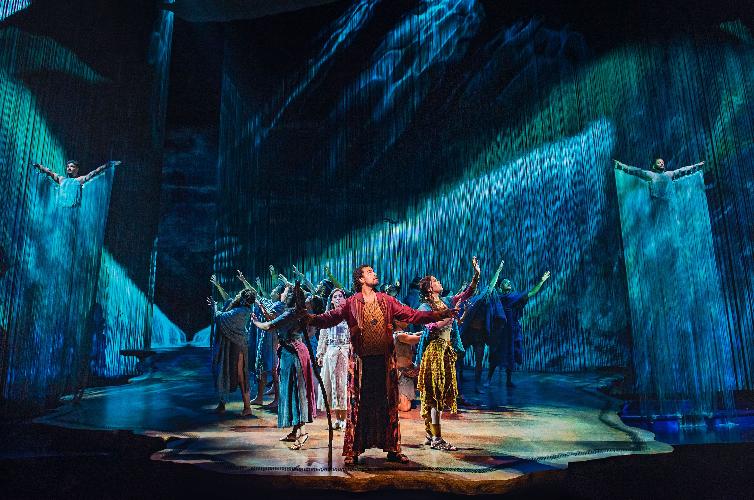 The Prince of Egypt has this week been filmed live at London’s Dominion Theatre by Universal Pictures Content Group. Plans for its broadcast will be released at a later date. The live capture of Scott Schwartz’s production is directed by Brett Sullivan and produced by Dione Orrom.

“One of the biggest musicals ever staged” (Metro), the epic production will play its final performance on Saturday 8 January 2022. Extra shows have been added on 20, 21 and 28 December 2021 at 2.30pm with performances also on Christmas Eve, New Year’s Eve and New Year’s Day. Final tickets are available now via the official website: www.ThePrinceofEgyptMusical.com

The Prince of Egypt tells an inspiring story of resilience, hope and belief. With a cast and orchestra of more than 60 incredible artists, this “truly phenomenal production” (BBC London) features Sean Cheesman’s “astonishing choreography” (The Guardian) and Stephen Schwartz’s “miraculous music” (Time Out) – including his Academy Award®-winning song ‘When You Believe’.

The Prince of Egypt has music and lyrics by multi-Grammy® and Academy Award®-winner Stephen Schwartz (Wicked, Godspell), a book by Philip LaZebnik (Mulan, Pocahontas) and features 10 new songs written by Stephen Schwartz together with 5 of his beloved songs from the DreamWorks Animation film (When You Believe, Deliver Us, All I Ever Wanted, Through Heaven’s Eyes and The Plagues).

The Prince of Egypt is produced by DreamWorks Theatricals (a division of Universal Theatrical Group), Michael McCabe and Neil Laidlaw together with John Gore, Tom Smedes and Peter Stern, Ramin Sabi, The Araca Group, James L. Nederlander and Michael Park.

A milestone in cinematic achievement, the classic DreamWorks Animation film has been captivating audiences across the world for more than two decades. It has been hailed as “one of the greatest animated films of all time” (Evening Standard) and “a stunning film” (The Guardian).