The Musical that Goes Right - News

The show will run at the Cockpit Theatre 14-23 December 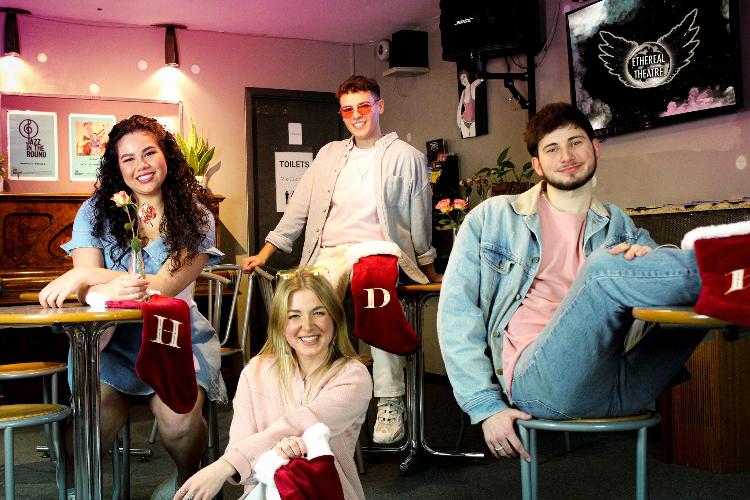 From the company behind the success Sweeney Todd: The Demon Barber of Fleet Street (London/Edinburgh 2018) and the Little Shop of Horrors (Edinburgh 2017), Ethereal Theatre, a brand new musical theatre concert will open this December at the Cockpit Theatre.

Our troupe of players are putting on the musical theatre show of their lives, but it’s not going to be as easy as Breaker thinks. With Hope trying to downplay her crush on him, Duke taking the spotlight and Nova caught in her own little world, this troupe of players are one step-ball-change away from a string of musical mishaps. Not even musical maestro Fortune can always keep the show on the road.

Featuring famous songs from Musical Theatre, punchy dance routines and a dose of light-hearted comedy - expect good tunes from your favourite musicals, such as Hamilton, RENT, Frozen, Chicago, The Wizard of Oz and much much more.

Recognised for its limitless variety of genres, Ethereal Theatre has mounted productions across almost all forms of theatre including: Musical Theatre, Shakespeare, Original Work and more. Founded in 2016, Co-Founders Dana Hudson and Marc Zayat began Ethereal Theatre as a means to fuel their creativity and produce dreams. Today, the company strives to produce creative work that has its fingertip on the cusp of contemporary theatre.

The show will run at the Cockpit Theatre 14-23 December.