The season will start with The Leopold and Loeb Story 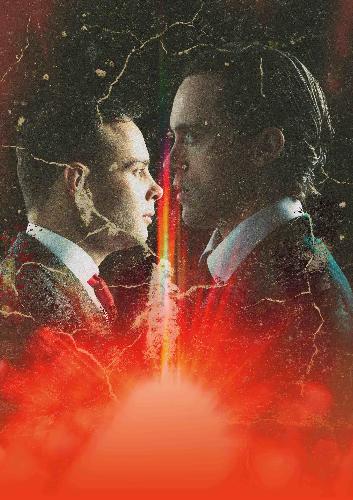 Today, Jermyn Street Theatre announces its Spring 2022 season. The Outsiders Season, which runs from mid-January to early July, features a World premiere by one of the UK’s most respected playwrights, two European premieres, one London premiere and an eagerly awaited transfer of a critically praised musical thriller.

The season kicks off in January with Stephen Dolginoff’s Thrill Me: The Leopold and Loeb Story directed by Matthew Parker.

Set in Chicago in 1924, the production tells the story of Richard Loeb, who is obsessed with crime and Nathan Leopold, who is obsessed with Richard. High on adrenaline, the two travel across America leaving a trail of arson, theft, and vandalism in their wake. But Richard wants to take a step further - a step that will test Nathan’s loyalty to the limit. Can they commit the ultimate crime: a perfect murder?

Matthew Parker’s 2019 production of this dark and thrilling musical of masochism and murder, for The Hope Theatre, received numerous five-star reviews with its two leads jointly winning the OffWestEnd Award for Best Male Performance in a Musical. The production runs from 13th January to 5th February.

Following this modern classic, comes the European premiere of Crystal Skillman’s Rain and Zoe Save The World.

Two teenage climate activists from Washington State embark on an impulsive motorcycle journey to join a group of oil protesters on the East Coast. But on the way, Rain and Zoe discover that the true danger in this world... might just be growing up.

Skillman collaborates with the multi-award-winning composer Bobby Cronin for this funny, sincere and profoundly moving adventure about the ethics of standing up for what you believe in, whatever the cost. NYC-based theatre and filmmaker Hersh Ellis directs this co-production with Drew & Dane Productions, which runs from 10th February to 12th March.

Another European premiere follows, with The Marriage of Alice B. Toklas by Gertrude Stein, written and directed by Edward Einhorn.

Everyone’s invited to the wedding of the century. Picasso has arrived with one of his wives, and two of his mistresses. Hemingway is here too, with his wife and his favourite matador. And at the top table, the brides, literary superstars: Gertrude Stein and Alice B. Toklas, presiding over a banquet of conversation about art, genius, sex, fame, and love. Fuelled only by wedding champagne, four brave actors play over thirty characters in this breathtaking marriage farce.

Edward Einhorn has been NYTheater.com’s Person of the Year and has received Critics’ Choice awards from Village Voice, Time Out, and The New York Times. The production runs from 17th March to 16th April.

Growing up as an Elizabethan pageboy and skating on the frozen Thames, Orlando never imagines he’ll travel to Turkey. Or get married in the reign of Queen Victoria. Or live long enough to answer the telephone. He definitely isn’t expecting to wake up as a woman one day. But if you stick around for five centuries, life is bound to get interesting...

Rounding off the Outsiders Season, one of our greatest living playwrights, Howard Brenton, is reunited with Jermyn Street Theatre’s artistic director Tom Littler for the world premiere of Cancelling Socrates.

Today, Socrates is revered as the founding father of Western philosophy. But in 399BC Athens, he was a pain in the neck. The plague is over, democracy is (just about) restored, and everyone would like to get back to normal … but how hard is it for one ageing firebrand to stop asking questions? It’s time to shut him up...

Based on eyewitness accounts, Cancelling Socrates is a provocative, witty and dangerous new work from one of our foremost dramatists, whose acclaimed plays have been staged at the National Theatre, RSC, Shakespeare’s Globe, and worldwide. The production runs from 2nd June to 2nd July.

In addition to the rich programme of show runs and one-off performances, 2022 sees Jermyn Street Theatre launching JST Conversations, a wide-ranging series debates, discussions, talkbacks and interviews, hosted by the likes of Natalie Haynes and Jack Klaff.  Details of these will be announced on the Jermyn Street Theatre website and in the weekly newsletter over the coming months.

Artistic Director of Jermyn Street Theatre, Tom Littler says of The Outsiders Season -  "We're delighted to announce the Outsiderss Season - a blend of exciting drama, featuring musicals, European and world premieres, including some long-delayed programming originally scheduled for spring 2020. I'm also excited to be launching our JST Conversations series, curated by our Carne Deputy Director, Ebenezer Bamgboye. Times are still perilous, but we are grateful for the support of all our audiences and freelancers as we forge ahead into a dynamic 2022."

Jermyn Street Theatre is the West End’s smallest producing theatre. The Stage’s Fringe Theatre of the Year 2021, it is led by Artistic and Executive Directors Tom Littler and Penny Horner. The programme includes outstanding new plays, rare revivals, new versions of European classics, and high-quality musicals, alongside one-off musical and literary events. It collaborates with theatres across the world, and its productions have transferred to the West End and Broadway. During the theatre’s temporary closure due to the COVID 19 lockdowns the theatre presented the award winning Brave New World season of digital work, which included the complete cycle of Shakespeare's sonnets performed by a mixture of graduating drama students and household names including Helena Bonham Carter and Olivia Colman and the acclaimed 15 Heroines with DigitalTheatre+ featuring adaptations of Ovid from writers including Juliet Gilkes Romero and Timberlake Wertenbaker. The theatre has reopened this autumn with the critically acclaimed Encounters Season which has featured the some of our most celebrated acting talent, including, Dame Siân Phillips in a Samuel Beckett double bill, Sir Michael Pennington in The Tempest and Oliver Ford Davis and Stephen Boxer in Ben Brown’s A Splinter of Ice.