The show will open in London in July 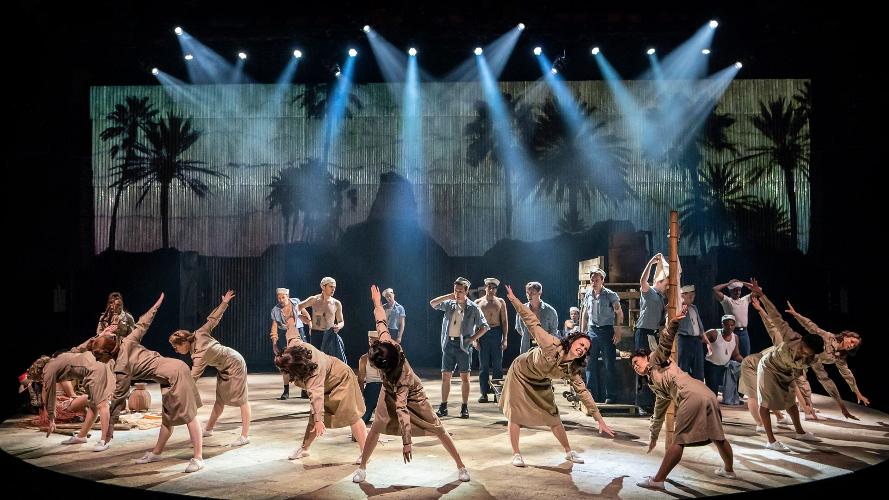 Jamie Wilson, Jonathan Church Theatre Productions and Gavin Kalin are delighted to announce the critically acclaimed, landmark Chichester Festival Theatre production of RODGERS & HAMMERSTEIN’S SOUTH PACIFIC will open at Manchester Opera House on 16 July 2022 ahead of a season at Sadler’s Wells, London from 27 July to 28 August 2022 (with a press night on 4 August 2022), before embarking on a UK and Ireland Tour visiting Dublin, Newcastle, Birmingham, Glasgow, Cardiff, Nottingham, Edinburgh, Leeds and Canterbury. Reprising their roles as ‘Emile de Becque’ and ‘Ensign Nellie Forbush’ in Manchester and at Sadler’s Wells will be West End, Broadway and screen star Julian Ovenden and West End leading lady Gina Beck. Further casting to be announced. www.southpacificshow.com

Following its critically acclaimed sell-out run at Chichester Festival Theatre this summer, Jamie Wilson and Jonathan Church said, “After experiencing the buzz of the auditorium in Chichester, along with the rapturous applause and standing-ovations, we knew that this production of SOUTH PACIFIC just had to have a further life so that the magic of it could be enjoyed by everyone.”

Daniel Evans and Kathy Bourne, Artistic and Executive Directors of Chichester Festival Theatre respectively, added: ‘We are always delighted to be able to share work made in Chichester beyond the borders of Sussex, and we’re proud to be working with our friends at Sadler’s Wells and many other regional theatres to bring Rodgers & Hammerstein’s beloved musical to wider audiences across the country.’

This powerful love story, set on a South Pacific Island during World War ll is brought thrillingly to life with a sensational cast of over thirty and a full orchestra in this epic new five-star production directed by Chichester Festival Theatre’s Artistic Director Daniel Evans. SOUTH PACIFIC boasts one of Rodgers & Hammerstein’s most memorable scores, and this much-loved Tony and Pulitzer Prize-winning musical features songs such as “Some Enchanted Evening”, “I’m Gonna Wash That Man Right Outa My Hair” and “Bali Ha’i”.

Julian Ovenden is perhaps best known for playing ‘Charles Blake’ in ITV’s Downton Abbey. He is also an international recording artist and has starred on Broadway and in the West End. His West End credits include All About Eve at the Noel Coward Theatre, Marguerite at the Theatre Royal Haymarket, The Treatment at the Almeida Theatre, and My Night With Reg, Merrily We Roll Along and Grand Hotel at the Donmar Warehouse. On Broadway he has been seen in Showboat with the New York Philharmonic at the Lincoln Centre and Butley at the Booth Theatre. He has also performed at several of the BBC Proms and played Captain Georg von Trapp in The Sound of Music Live on ITV.

Gina Beck’s many West End theatre credits include playing ‘Miss Honey’ in Matilda at the Cambridge Theatre, ‘Magnolia’ in Show Boat at the New London Theatre, ‘Glinda’ in Wicked at the Apollo Victoria, ‘Christine Daae’ in The Phantom of the Opera at Her Majesty’s Theatre and ‘Cosette’ in Les Misérables at the Queen’s Theatre. Her television credits include Doctors, The Return of Sherlock Holmes and The Crush. Her film credits include Les Misérables.