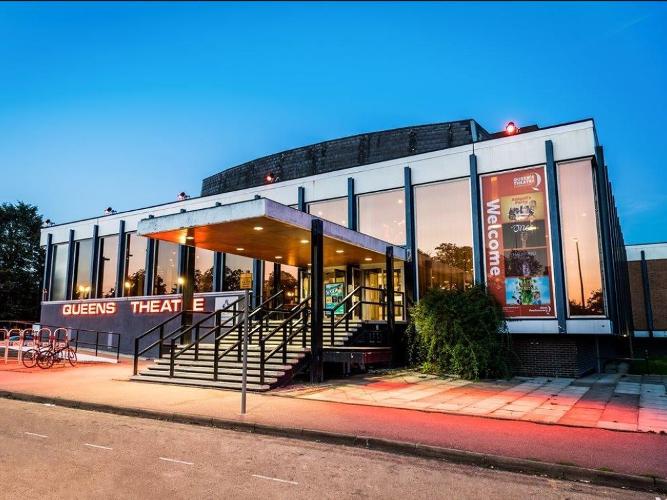 Queen’s Theatre Hornchurch has today announced its Spring 2022 season, which will include a major revival of Arthur Miller’s landmark drama, All My Sons, playing 10 February - 5 March.

Then, from 17 March to 2 April, Queen’s Theatre Hornchurch stages the deliciously funny and tender play, The Kitchen Sink, written by Tom Wells.

Finally, a major new production of Sue Townsend’s best-selling book The Secret Diary of Adrian Mole Aged 13¾ -The Musical. Book and lyrics by Jake Brunger, with music and lyrics by Pippa Cleary, directed by Douglas Rintoul, playing from 28 April to 21 May.

The Theatre teams up with Leeds Playhouse and Curve Leicester again to showcase the world premiere of Maggie May, directed by Jemima Levick from 23 – 28 May.

Queen’s Theatre Hornchurch is thrilled to have commissioned Thurrock based playwright, Vickie Donoghue, adaptor of The Witchfinder’s Sister, to write a major new drama inspired by the Canvey Island floods of 1953 for later in 2022/2023. The Theatre are also delighted to be supporting the next stage of developing two Black Essex commissions with Mia Jerome and her new piece of work Rice & Peas, and Anne Odeke and her The Essex Princess. Both Mia and Anne’s projects have been made possible thanks to the support of Creative Estuary Co-commissions.

Douglas Rintoul, Queen’s Theatre Hornchurch states: 'Announcing a new season is always special, but this time it's exceptional as it's the first time we've been able to plan this far ahead since the beginning of 2020, back when we won the London Theatre of the Year Stage Award. We've got some cracking stories we know you're going to love, so join us as we do what we do best - give you a great time at the theatre.'