..and there will be many complimentary tickets for young people under 25 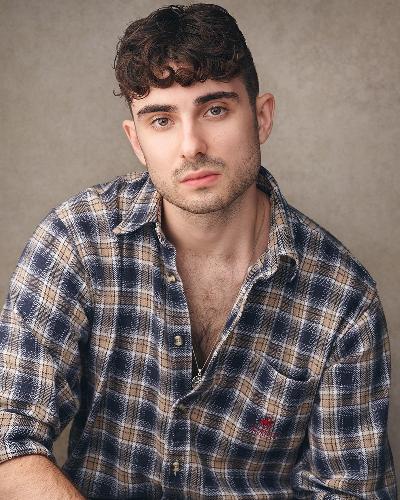 Vanara – The Legend is coming to London stages later this month with the incredible talent of stage and screen star Jacob Fowler in the leading role. Fowler will bring to life the enigmatic character of Mohr, a confident and loyal tribesman. Fowler made his name on the 2020 television series Little Mix: The Search with his band Since September and has since cemented himself as one to watch in productions at the Turbine Theatre. Vanara – The Legend will play for a strictly limited London run before embarking on a UK-wide tour in 2022.

Jacob commented: "I’m ecstatic to be making my professional stage debut in Vanara. The show is so exciting and the cast are all ridiculously good! I think it’s going to be really special".

Also, WE RESTART, a not-for-profit organization founded in the midst of COVID-19 global pandemic, whose mission is to produce and promote artistic projects where art functions as a tool for restart, has launched WE RESTART ON STAGE. The theatre programme starts with Vanara The Musical, giving 100 complimentary tickets to young people aged between 16 and 25 years old and providing 20% discount on all tickets for all groups and associations who will be invited to join the schemes.

Italian producer Giovanna Romagnoli (Oscar awarded for Nuovo Cinema Paradiso) says “I am extremely excited for this important London debut. The whole cast and crew are simply incredible and truly hope the audience will be fascinated and thrilled by the story.”

With a score by Gianluca Cucchiara, lyrics by Andrew James Whelan, and book by Michael Conley, the piece is set "on another earth in another time" and follows two tribes battling it out as disaster threatens to destroy their planet.

Set in a time when, due to greed and thoughtless expansion, the human race barely survives and in a place where the last remaining forest is a symbol of peace and thanksgiving, Vanara narrates the story of Ayla, a young woman who must choose between protecting the traditions of the people she will one day lead and questioning everything she’s been taught in order to forge a future.

VANARA is a story of love and sacrifice. With its imaginary world the show mirrors the threat and uncertainty of today crisis and also the timeless struggle youngsters face to build identities and to find their own place in the world. For these reasons, VANARA perfectly embodies how theatre can be a precious resource for recovery and inspiration for restart.