A musical celebrating Vauxhall’s history as a hedonistic playground 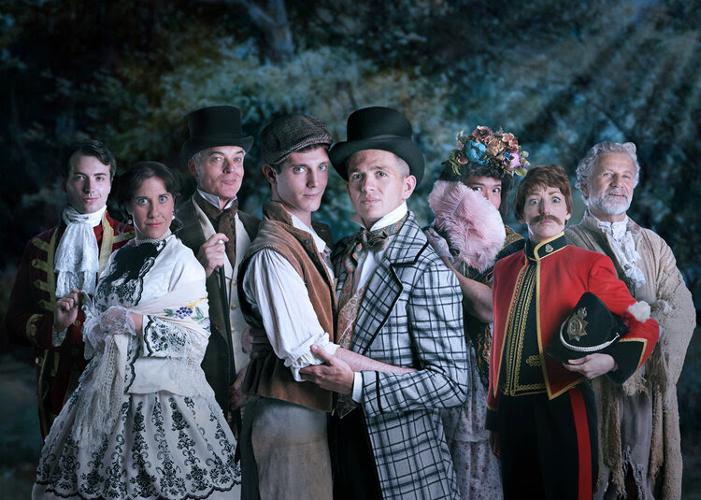 A wildly funny new musical will take a peek through the bushes to discover and celebrate Vauxhall’s history as a hedonistic playground. Written by Glenn Chandler with music by Charles Miller, The Pleasure Garden will play at Above The Stag Theatre, a stone’s throw from the historic park where its story is set.

For two centuries, the Vauxhall Pleasure Gardens drew enormous crowds for its circus acts, balloon rides, orchestral concerts and spectacular fireworks. For those in the know, however, the darker paths, wooded corners and intimate arbours were used for more illicit and illegal entertainments. But now it's 1850 and the gardens are in their dying days. Yet still the faithful come...

Tom Reckless, a handsome young gardener, is torn between the affections of a hopelessly romantic shipping clerk and a sexually voracious aristocratic couple. With the gardens closing and his livelihood under threat, will Tom choose a bohemian life with Ralph; employment with the unorthodox Lord and Lady Lovelock; or answer the drumbeat of a looming overseas war?

Glenn Chandler’s string of hits include Fanny & Stella: The Shocking True Story, The Sins of Jack Saul, The Good Scout, Lord Dismiss Us and Sandel. For television he created the long-running detective show Taggart.

Charles Miller’s other musicals include Fanny & Stella: The Shocking True Story, The Sins of Jack Saul, the highly-acclaimed Brenda Bly: Teen Detective and When Midnight Strikes, which have been produced throughout the UK, USA & Europe. His songs are frequently performed on the cabaret circuits in London and New York and have been recorded by, amongst others, Caroline O’Connor, Julie Atherton and Pia Douwes.

Direction is by Fenton Gray, whose credits include Cinderella starring Mickey Rooney, Julian Clary's Off-Broadway one-man-show Amore, The Mikado at The Royal Festival Hall, and numerous operas including Madam Butterfly, Carmen and Turandot.

Musical Direction is by seven times Off West End Award nominee Aaron Clingham, with choreography by Carole Todd. Set and costumes are designed by David Shields (Heathers The Musical, West End). Lighting is by Jack Wills.

Sam Baumal, Jay Worley and Jonathan Harlaw make their professional debuts having recently graduated from the Royal Academy of Music.

Rory-Charlie Campbell has played Gus in Cats in the West End; Mephistopheles in Batman Begins; and Pierre, the singing chef, on The Alan Titchmarsh Show.

Ashleigh Harvey is making her British debut following a stellar career in her native South Africa where she played Fanny Brice in Funny Girl, Kate Monster and Lucy The Slut in Avenue Q and Janet in The Rocky Horror Show.

Jennie Jacobs enters The Pleasure Garden immediately after completing her current engagement as Leila in a UK tour of Iolanthe.

Steve Watts played Lord Cadogan in Chariots of Fire at the Gielgud Theatre, West End; Henry Higgins in a UK tour of My Fair Lady; and Pooh-Bah in The Mikado at Charing Cross Theatre.