The Rise And Fall of Little Voice - News 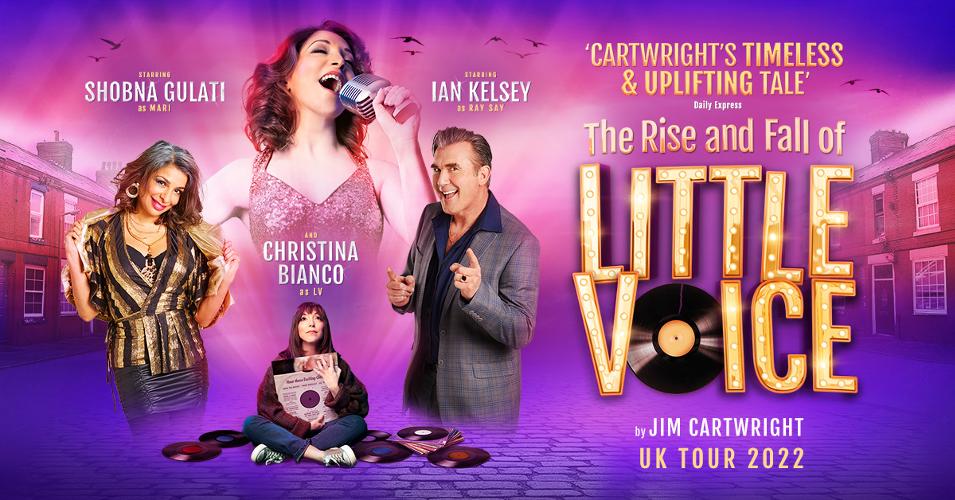 Producers Katy Lipson and Glass Half Full Productions have announced the UK tour of a brand-new production of Jim Cartwright’s The Rise And Fall of Little Voice directed by Bronagh Lagan (Cruise, West End).

Shobna Gulati, whose work includes Everybody’s Talking About Jamie (West End/film), Cinderella (Lyric Hammersmith), Coronation Street and Dinner Ladies will play Mari Hoff. While Ian Kelsey, much loved for his many leading roles in the West End and on TV including Coronation Street, Emmerdale, Doctors and Casualty will play Ray Say.

From Judy Garland to Shirley Bassey, Marilyn Monroe to Billie Holliday, Christina Bianco will vividly bring to life performances from the great chanteuses in Cartwright’s tender and life-affirming play. The Rise and Fall of Little Voice won both the Oliver award and Evening Standard award for Best Comedy when it premiered at the National Theatre in 1992 in a production directed by Sam Mendes which transferred to the Aldwych, starring Jane Horrocks and Alison Steadman. Horrocks later reprised the role of LV in a film adaptation also starring Brenda Blethyn, Michael Caine, Ewan McGregor and Jim Broadbent.

Meet Little Voice and Mari Hoff. A mother and daughter central to the heart of this Northern fairy-tale, but as far apart in character as can be. Left to her own devices, Little Voice starts to embody the famous divas she plays on repeat, from Judy Garland to Shirley Bassey, and becomes an overnight sensation.

With humour, heart and countless powerhouse ballads all performed live on stage, Cartwright’s timeless and iconic tale explores the highs and the lows of small-town dreams, family rivalry and finding your voice in a noisy world.