The show will open in November 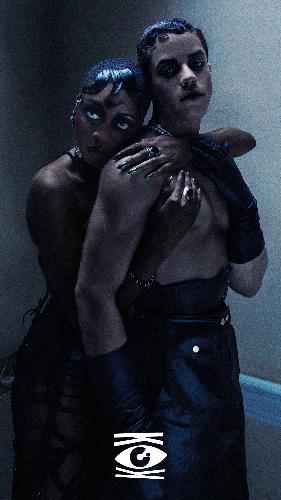 The Kit Kat Club takes over the Playhouse Theatre, transforming one of London’s most famous theatres with in-the-round auditorium and reimagined spaces.
Tickets go on priority sale at 8.00am on 19 July 2021 for both ATG TheatreCard Members and Underbelly Full Fat Members and at 12.00noon for those who have signed up for priority booking.
There is still time to register for priority access from 12.00noon online via kitkat.club
General on sale for the first ticket release will be on 22 July 2021 at 10.00am with a second ticket release going on sale w/c 6 September 2021.
Details of a £25 ticket lottery, including table seating, will be announced in September
Guests will be allocated a ‘club entry time’ on booking which will allow them to fully explore and experience all parts of the Kit Kat Club and pre-show entertainment.
Exclusive three course, pre-show dining at cabaret tables available.

In a time when the world is changing forever, there is one place where everyone can be free…..welcome to the Kit Kat Club. This is Berlin. Relax. Loosen up. Be yourself.

The Kit Kat Club has taken over the Playhouse Theatre while it has been standing empty. The marginalised have staked a claim, the artists have taken over, filled their container and found their community. It’s 1930s Berlin. It’s 2020s London. It’s Then, it’s Now. Who knows how long it will reside here. For now, we’re enjoying the party. The party at the end of the world.

Before the show, guests are invited to enjoy and explore the Kit Kat Club with drinks, dining and pre-show entertainment all on offer. When booking, guests will receive a 'club entry time' to allow enough time to take in the world of the Kit Kat Club before the show starts. But of course, the show really starts when you first join us in the club……

One of the most successful musicals of all time CABARET features the songs Wilkommen, Don’t Tell Mama, Mein Herr, Maybe This Time, Money and the title number. It has music by John Kander, lyrics by Fred Ebb, book by Joe Masteroff. Based on the play byJohn Van Druten and stories by Christopher Isherwood.

CABARET at the KIT KAT CLUB will star Eddie Redmayne (Red in the West End and Broadway, Richard II at Donmar Warehouse, the films The Theory of Everything, The Trial of the Chicago 7, Les Misérables and the Fantastic Beasts series) as The Emcee and Jessie Buckley (the National’s Romeo and Juliet, A Little Night Music in the West End, Fargo, Chernobyl and the films Wild Rose and I’m Thinking of Ending Things) as Sally Bowles. It will be directed by Rebecca Frecknall (the Almeida’s Olivier Award winning Summer and Smoke, The Duchess of Malfi, Three Sisters), set and costume design is by Tom Scutt (A Very Expensive Poison, Constellations, King Charles III, Jesus Christ Superstar, collaborations with Sam Smith, Christine and the Queens) with choreography by Julia Cheng(founder of the House of Absolute, Philharmonia Orchestra Artist in Residence, recipient of the runner-up prize for Hip Hop Dance futures, Resident Choreographer for the Royal Academy of Dance, Judge and mentor for BBC Young Dancer and Breakin’ Convention – the UK’s biggest Hip Hop Festival, collaborations with London Fashion Week, Google and Dr Martens). Musical supervision and direction is by Jennifer Whyte (Les Misérables film, Caroline Or Change, Parade). Lighting design is by Isabella Byrd(Heroes of the Fourth Turning and Light Shining in Buckinghamshire – both in New York, Daddy – A Melodrama at the Almeida and The Flick at the National theatre) with sound design by Nick Lidster (City of Angels, Passion, Pacific Overtures and Parade at the Donmar Warehouse, Sweeney Todd and On The Town for English National Opera, A Chorus Line, Les Misérables and Miss Saigon). The casting director is Stuart Burt and the associate director is Jordan Fein.