Southwark Playhouse opens its door for the fire - News

The serious fire broken out in Elephant and Castle 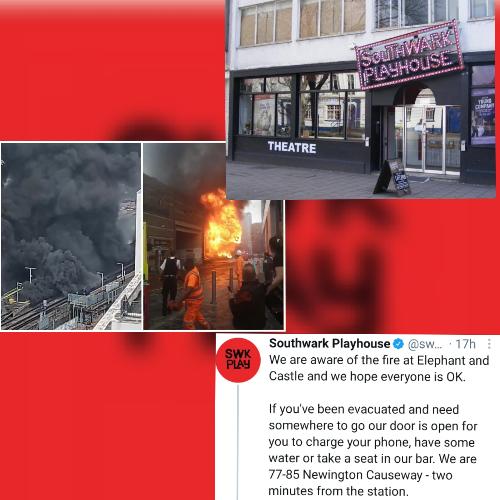 Hundreds of residents were evacuated after a large blaze in south London yesterday.

Fifteen fire engines and about 100 firefighters were called to the incident, near Elephant and Castle station on Monday afternoon.

After the initial fire, a large explosion occurred that raised fears about the fate of anyone inside.

Southwark Playhouse, just two minutes away from the incident, promptly offered refuge to anyone affected by the fire and in need of shelter, water or a phone. Well done to them, for proving what it means to be a real community hub.

Southwark Playhouse will move to a new permanent venue by the end of the year.